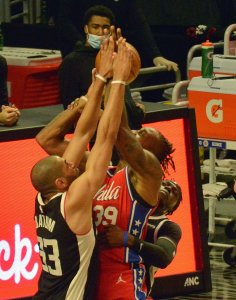 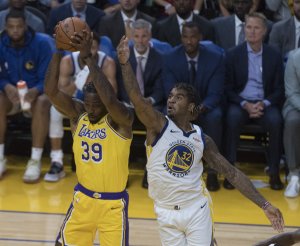 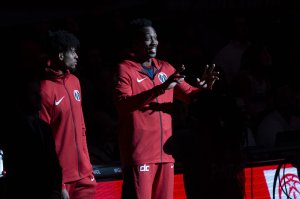 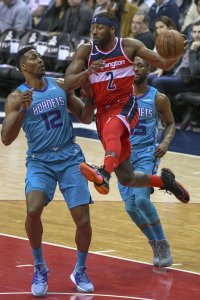 TV // 5 months ago
Faith Evans gets the boot on 'Masked Singer'
Recording artist Faith Evans was eliminated from Season 6 of Fox's "The Masked Singer" Wednesday night.

I'm not looking to say anything to get myself in trouble with the league, but I just don't see other star players getting called for fouls the way I get them

Dwight David Howard (born December 8, 1985) is an American basketball player for the Orlando Magic of the National Basketball Association (NBA). Howard, who usually plays center but can also play power forward, had an outstanding high school career at Southwest Atlanta Christian Academy. He chose to forgo college and entered the 2004 NBA Draft, and was selected first overall by the Magic. A five-time All-Star, four-time All-NBA team selection, three-time All-Defensive member, and three-time Defensive Player of the Year, Howard has been ranked consistently as one of the best in the league in rebounds, blocks, field goal percentage and free throw attempts, and has set numerous franchise and league records. He has led the Magic to three division titles and one conference title, and he was the winner of the 2008 NBA Slam Dunk Contest. In the 2008 Olympics, he was the starting center for Team USA, which went on to win the gold medal.

Before he was drafted in 2004, Howard said that he wanted to use his NBA career and Christian faith to "raise the name of God within the league and throughout the world". In November 2009, he was named one of the 10 finalists for the Jefferson Awards for Public Service, which awards athletes for their charitable work.

Howard was born in Atlanta, Georgia to Dwight Sr. and Sheryl Howard and into a family with strong athletic connections. His father is a Georgia State Trooper and serves as Athletic Director of Southwest Atlanta Christian Academy, a private academy with one of the best high school basketball programs in the country, while his mother played on the inaugural women's basketball team at Morris Brown College. A devout Christian since his youth, Howard became serious about basketball around the age of nine; when in the eighth grade, he resolved to be selected as the number one pick in the NBA Draft one day. Despite his large frame, Howard was quick and versatile enough to play the guard position. He elected to attend Southwest Atlanta Christian Academy for high school, and in his four years he played mostly as power forward, averaging 16.6 points per game (ppg), 13.4 rebounds per game (rpg) and 6.3 blocks per game in 129 appearances. As a senior, Howard led his team to the 2004 state title. He averaged 25 points, 18 rebounds, 8.1 blocks and 3.5 assists per game. That same year, Howard was widely recognized as the best American high school basketball player, and he was awarded the Naismith Prep Player of the Year Award, the Morgan Wootten High School Player of the Year Award, Gatorade National Player of the Year and the McDonald's National High School Player of the Year honor. He was also co-MVP (with J. R. Smith) of the McDonald's High School All-American Game that year.

FULL ARTICLE AT WIKIPEDIA.ORG
This article is licensed under the GNU Free Documentation License.
It uses material from the Wikipedia article "Dwight Howard."