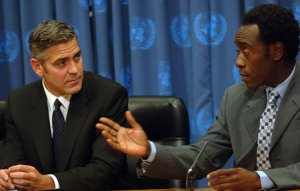 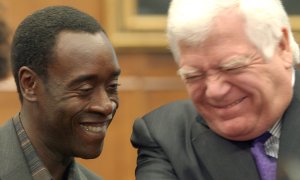 Entertainment News // 2 months ago
Tyler Perry, Beyonce, Gaga react to George Floyd death, subsequent protests
Filmmaker Tyler Perry and singer Beyonce are among the stars publicly speaking out about the death of George Floyd and the protests that have followed it.

TV // 4 months ago
Regina Hall 'shocked' by 'Black Monday' season premiere
"Black Monday" star Regina Hall couldn't believe Season 2 of the Showtime series made her character the head of her own stock market brokerage in the '80s. 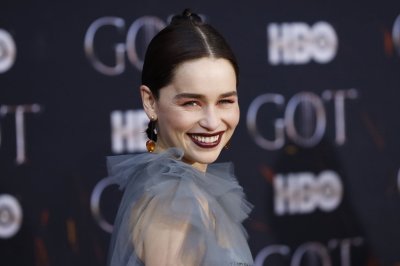 Donald Frank "Don" Cheadle, Jr. (pronounced /ˈtʃiːdəl/; born November 29, 1964) is an American film actor and producer. Cheadle rose to prominence in the late 1990s and the early 2000s for his supporting roles in the Steven Soderbergh-directed films Out of Sight, Traffic, and Ocean's Eleven. In 2004, his lead role as Rwandan hotel manager Paul Rusesabagina in the genocide drama film Hotel Rwanda earned him an Academy Award nomination for Best Actor. He also campaigns for the end of genocide in Darfur, Sudan, and co-authored a book concerning the issue titled Not On Our Watch: The Mission To End Genocide In Darfur And Beyond. In 2010, Cheadle was named U.N. Environment Program Goodwill Ambassador.

Cheadle was born in Kansas City, Missouri, the son of Bettye (née North), a teacher, and Donald Frank Cheadle, Sr., a clinical psychologist. He has a sister, Dawn, and a brother, Colin. His family moved from city to city throughout his childhood. Cheadle graduated in 1982 from East High School in Denver, Colorado, and went on to the California Institute of the Arts, graduating with a BA in Fine Arts.

He appeared in a late 1980s video (It's The Real Thing) with Angela Winbush as a dancer. Cheadle acted in Hamburger Hill in 1987. He also played the role of Jack in the April 1, 1988 "Jung and the Restless" episode of Night Court. Although his character was supposed to be 16 years old, Cheadle was 23 at the time.

FULL ARTICLE AT WIKIPEDIA.ORG
This article is licensed under the GNU Free Documentation License.
It uses material from the Wikipedia article "Don Cheadle."
Back to Article
/