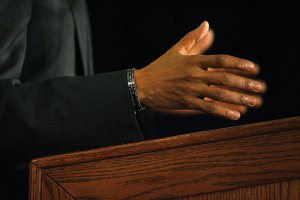 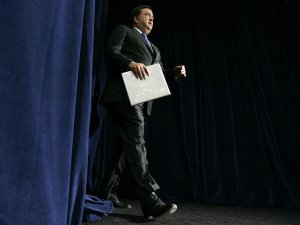 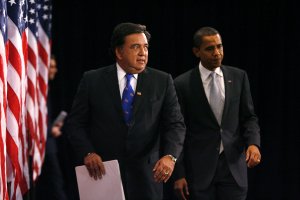 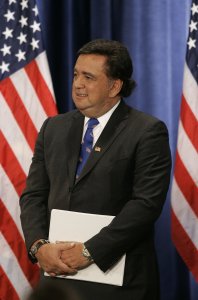 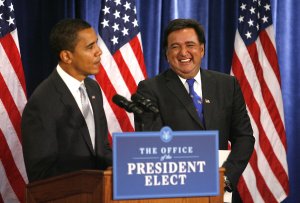 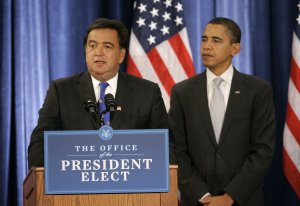 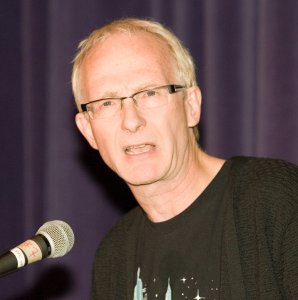 Voices // 4 months ago
Iranian diplomat on trial for terrorism
The trial has begun for Assadollah Assadi, a senior diplomat from the Iranian Embassy in Vienna, and three co-conspirators on charges of terrorism.

Voices // 5 months ago
Iranian regime is godfather of terror
If we are serious about terminating Iran's bomb factories and eliminating its spies, we should close all of Iran's embassies and expel their diplomatic staff.

Voices // 1 year ago
Europe must open a new chapter on Iran
The former foreign minister from Spain, Josep Borrell, will shortly take on the role of high representative for foreign affairs and security policy in the European Union. He faces a Herculean task. 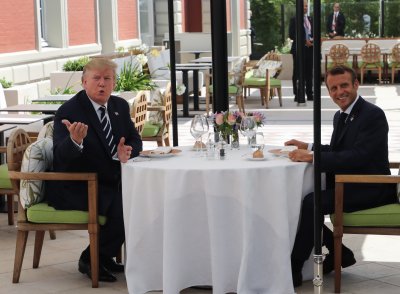 Voices // 1 year ago
France's Emmanuel Macron is Europe's chief appeaser of Iran
French President Emmanuel Macron has been a primary critic of U.S. President Donald Trump's aggressive policy against the Iranian regime, claiming that it will ultimately lead to war. 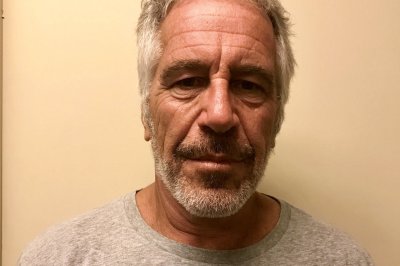 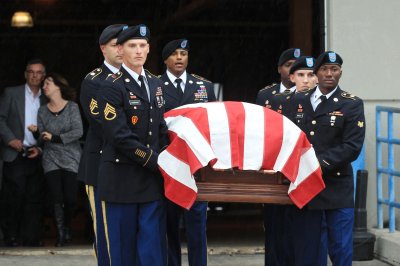 Voices // 2 years ago
EU appeasers continue to feed the Iranian tiger
Iranian embassies should immediately be closed across the EU and their diplomatic staff expelled.

The sad truth is the wrong person can still be convicted in this day and age, and in cases where that conviction carries with it the ultimate sanction, we must have ultimate confidence -- I would say certitude -- that the system is without flaw or prejudice

Are you ready to take our country back? Are we going to win this election? For America's future? Let's do it

My sense is, there are some elements in their government that don't want to improve relations with the U.S.

William Blaine "Bill" Richardson III (born November 15, 1947) is an American politician, who served as the 30th Governor of New Mexico from 2003 to 2011. Before being elected governor, Richardson served in the Clinton administration as U.S. Ambassador to the United Nations and Energy Secretary. Richardson has also served as a U.S. Congressman, chairman of the 2004 Democratic National Convention, and chairman of the Democratic Governors Association. On December 3, 2008, then-President-elect Barack Obama designated Richardson for appointment to the cabinet-level position of Commerce Secretary. On January 4, 2009, Richardson announced his decision to withdraw his nomination because of an investigation into improper business dealings in New Mexico. In August 2009, federal prosecutors dropped the pending investigation against the governor, and there has been speculation in the media about Richardson's career, as his second and final term as New Mexico governor has concluded.

Bill Richardson was born in Pasadena, California. His father, William Blaine Richardson Jr. (died in 1972), of New England Yankee and Mexican descent, was an American Citibank executive who grew up in Boston, Massachusetts and lived and worked in Mexico City. His mother, María Luisa López-Collada Márquez is the Mexican daughter of a Spanish father from Villaviciosa, Asturias, Spain and a Mexican mother and was his father's secretary. Richardson's father was born in Nicaragua. Just before Richardson was born, his father sent his mother to California to give birth because, as Richardson explained, "My father had a complex about not having been born in the United States." Richardson, a U.S. citizen by birthright, was raised during his childhood in Mexico City. He was raised Roman Catholic. At age 13, Richardson's parents sent him to Massachusetts to attend a preparatory school, Middlesex School in Concord, Massachusetts, where he played baseball as a pitcher. He entered Tufts University in 1966 where he continued to play baseball.

Richardson's original biographies stated that he had been drafted by the Kansas City Athletics and the Chicago Cubs to play professional baseball, but a 2005 Albuquerque Journal investigation revealed that he never was on any official draft. Richardson acknowledged the error which he claimed was unintentional, saying that he had been scouted by several teams and told that he "would or could" be drafted, but was mistaken in saying that he was actually drafted.

FULL ARTICLE AT WIKIPEDIA.ORG
This article is licensed under the GNU Free Documentation License.
It uses material from the Wikipedia article "Bill Richardson."
Back to Article
/