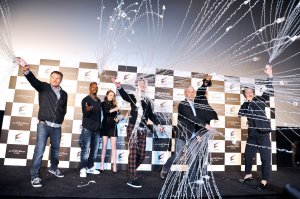 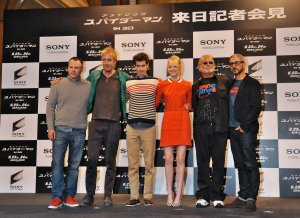 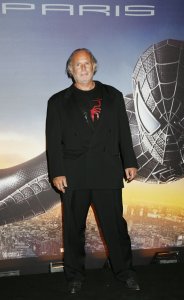 Movies // 1 year ago
Sony begins development on 'Venom' sequel
Sony has begun development on a sequel to its hit 2018 comic film "Venom" starring Tom Hardy in the title role.

Movies // 5 years ago
Animated Spider-Man movie to swing into theaters in July 2018
Phil Lord and Christopher Miller are producing and writing a treatment for an animated Spider-Man movie, which is set for release in July 2018.
Movies // 6 years ago
Spider-Man could cross paths with other Marvel characters, says producer Avi Arad
Producer Avi Arad says he could easily envision a crossover film featuring Spider-Man and characters from the other Marvel comic book series.
Movies // 6 years ago
'Spider-Man' sequel, spinoffs in the works at Sony
Hollywood's Sony Pictures Entertainment and Marvel Entertainment say they are developing several new projects in the Spider-Man franchise.
Movies // 6 years ago
'Spider-Man 2' to get IMAX 3D release
Hollywood's "The Amazing Spider-Man 2" is to be released in IMAX 3D, as well as the traditional 2D format, Sony Pictures Entertainment announced.
Movies // 8 years ago
Animated 'Popeye' movie on its way
An animated 3-D movie based on the American comic strip and cartoon "Popeye" is in the works, Sony Pictures Animation and Arad Productions said Thursday.
Entertainment News // 1 decade ago
Comic-book titan Stan Lee sued for $750M
Stan Lee Media shareholders are suing comic-book titan Stan Lee and former Marvel Studio head Avi Arad for $750 million, court papers reveal.

In between our movie and hopefully its sequels, we will continue to support the brand with DVDs and merchandise and TV series

He's a fresh face, but he's a veteran performer who has a unique combination of great strength and the most soulful eyes

Avi Arad (Hebrew: אבי ארד‎; born August 1948) is an Israeli-American businessman. He became the CEO of the company Toy Biz in the 1990s, and soon afterward became the chief creative officer of Marvel Entertainment, a Marvel director, and chairman, CEO and the founder of Marvel Studios.

Born and raised in Giv'atayim, Israel during the 1948 Arab-Israeli War, Arad came to the United States during his college years and enrolled at Hofstra University to study industrial management. He earned a bachelor of business administration from the University in 1972.

Along with Toy Biz co-owner Isaac Perlmutter, Avi Arad came into conflict with Carl Icahn and Ron Perelman over control of Marvel Comics in the wake of its 1996 bankruptcy. In the end, Arad and Perlmutter came out on top, with Toy Biz taking over Marvel Comics in a complicated deal that included obtaining the rights to Spider-Man and other superheroes that Marvel had sold earlier. He was involved in Marvel's emergence from bankruptcy and the expansion of the company's profile through licensing and movies.

FULL ARTICLE AT WIKIPEDIA.ORG
This article is licensed under the GNU Free Documentation License.
It uses material from the Wikipedia article "Avi Arad."
Back to Article
/