Kevin Hart attends the Los Angeles premiere of "Jumanji: The Next Level" in 2019. File Photo by Jim Ruymen/UPI | License Photo

Feb. 11 (UPI) -- Jack Black has joined the cast of the Borderlands movie.

Gearbox Software, which created the Borderlands video game series that the film is based on, confirmed Thursday that Black, 51, will voice the robot Claptrap in the new movie.

"Lets get this party started! The Borderlands Movie has casted @jackblack to play the most okay-est robot in the universe, CL4P-TR4P!" the company tweeted.

Eli Roth, who previously worked with Black and Lillith on the 2018 film The House with a Clock in Its Walls, will direct the new movie.

"I am so excited to reunite with Jack, this time in the recording booth," Roth said in a statement. "Claptrap is the funniest character in the game, and Jack is perfect to bring him to the big screen."

Lionsgate is producing the adaptation, with Avi Arad, Ari Arad and Erik Feig as producers. Randy Pitchford, the founder of Gearbox Entertainment Company, will serve as an executive producer.

"Everyone who's ever played this game knows Jack is perfect for this part," Lionsgate Motion Picture Group president Nathan Kahane said. "We're thrilled he will add his endless comic energy and voice to our film -- he'll bring so much to the movie."

Black most recently starred with Hart in Jumanji: The Next Level.

Kevin Hart lands role in 'Borderlands' opposite Cate Blanchett 'Game of Thrones' creators to adapt 'The Overstory' for Netflix Michelle Obama introduces 'Waffles + Mochi' in trailer for cooking show What to watch next: Sign up for UPI's Streaming newsletter 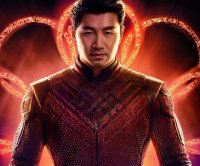