On Aug. 25, 1989, Voyager 2, after a 4 billion-mile journey, made its closest pass over Neptune, sending back images of southern lights and its moon, Triton, to Earth.

On August 25, 1989, Voyager 2, after a 4 billion-mile journal, made its closest pass over Neptune, sending back images of southern lights and its moon, Triton, to Earth. File Photo courtesy of NASA

Rescue workers bring in a family through rising flood waters in the Cypress Station neighborhood as waters rise during Hurricane Harvey in Houston on August 28. The storm made landfall August 25, 2017. File Photo by Jerome Hicks/UPI | License Photo

Neil Armstrong speaks during a Congressional Gold Medal Ceremony on Capitol Hill in Washington on November 16, 2011. On August 25, 2012, Armstrong, the first man to walk on the moon, died in Cincinnati. He was 82. File Photo by Roger L. Wollenberg/UPI | License Photo

In 1989, Voyager 2, after a 4 billion-mile journey, made its closest pass over Neptune, sending back images of southern lights and its moon, Triton, to Earth.

In 2006, Pulkova Airlines Flight 612 crashed near the Russian border in Ukraine, killing 171 people.

In 2017, Hurricane Harvey made landfall on San Jose Island, Texas, as a Category 4 storm. Harvey killed more than 100 people and caused $125 billion in damage.

A thought for the day: "Being a champ is all well and good, but you can't eat a crown." -- American tennis star Althea Gibson

U.S. News // 1 hour ago
Still in seclusion, FBI agent who was real 'Donnie Brasco' glad he took down Mafia 40 years ago
July 27 (UPI) -- Forty years ago, one of the FBI's greatest success stories against organized crime came to an end -- Operation Donnie Brasco, which was led by an agent who later would be portrayed in a hit motion picture.

World News // 1 hour ago
North and South Korea restore severed hotlines after a year
SEOUL, July 27 (UPI) -- Hotlines that were severed last in June of last year by North Korea were turned back on Tuesday, restoring communications between the two Koreas in a move both sides called a positive step in improving relations. 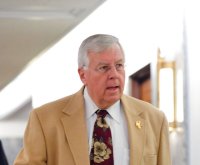 U.S. News // 3 hours ago
Retired Wyoming Sen. Mike Enzi dies following bike accident
July 27 (UPI) -- Mike Enzi, a retired Republican Wyoming senator, has died after being seriously injured in a bike accident last week, according to his family. He was 77. 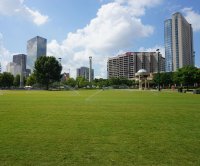 Top News // 4 hours ago
UPI Almanac for Tuesday, July 27, 2021
On July 27, 1996, a bomb exploded at Olympic Park in Atlanta during the Summer Games, killing two people and injuring more than 100 other people.

Top News // 4 hours ago
On This Day: Bomb explodes at Atlanta Summer Olympics
July 27 (UPI) -- On July 27, 1996, a bomb exploded at Olympic Park in Atlanta during the Summer Games, killing two people and injuring more than 100 other people.

World News // 6 hours ago
Cuba's Paris embassy hit with gas bomb; blames U.S. for inciting violence
July 27 (UPI) -- The Cuban Embassy in France late Monday said it was the victim of a Molotov cocktail attack that it blamed the United States for inciting.