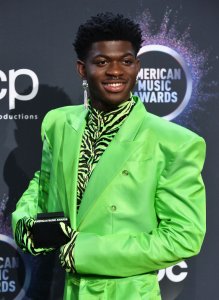 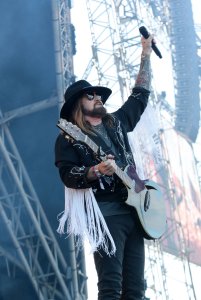 Entertainment News // 1 week ago
'CMA Fest': How to watch, what to expect
"CMA Fest," a concert special featuring performances from the 59th annual country music festival, will air Wednesday on ABC.

Top News // 11 months ago
The Almanac
On Aug. 25, 1989, Voyager 2, after a 4 billion-mile journey, made its closest pass over Neptune, sending back images of southern lights and its moon to Earth.

Top News // 1 year ago
The Almanac
On Aug. 25, 1989, Voyager 2, after a 4 billion-mile journey, made its closest pass over Neptune, sending back images of southern lights and its moon to Earth.

I'm mature for my age, but then again you kind of have to be in this world

I understand 'it is true one bad apple spoils the bunch,

As a daddy, I'll say to him what I say to any daddy, you may not want your daughter to get into show business

I think that would be really cool and, if anything, have them visit the set. They could see what we do and we could hear about what they do

I always love coming to Disneyland but celebrating my birthday here with my family, friends and the kids from YSA is really awesome

William "Billy" Ray Cyrus (born August 25, 1961) is an American country music singer, songwriter, actor and philanthropist, who helped make country music a worldwide phenomenon. Having released twelve studio albums and forty-four singles since 1992, he is best known for his Number One single "Achy Breaky Heart", which became the first single ever to achieve triple Platinum status in Australia. It was also the best-selling single in the same country in 1992. Thanks to the video of this hit, the linedance catapulted into the mainstream, becoming a worldwide craze. Cyrus, a multi-platinum selling recording artist, has scored a total of eight top-ten singles on the Billboard Country Songs chart. His most successful album to date is the debut of Some Gave All, which has been certified 9× Multi-Platinum in the United States and is the longest time spent by a debut artist at Number One on the Billboard 200 (17 consecutive weeks) and most consecutive chart-topping weeks in the SoundScan era. It's the only album (from any genre) in the SoundScan era to log 17 consecutive weeks at Number One and is also the top-ranking debut album by a male country artist. It ranked 43 weeks in the top 10, a total topped by only one country album in history, Ropin' The Wind by Garth Brooks. Some Gave All was also the first debut album to enter at the number 1 in the Billboard Country Albums. The album has also sold more than 20 million copies worldwide and is the Best-selling debut album of all time for a solo male artist. Some Gave All was also the best-selling album of the 1992 in the US with 4,832,000 copies. In his career, he has released 35 charted singles, of which 15 charted in the Top 40.

From 2001 to 2004, Cyrus starred in the television show Doc. The show was about a country doctor who moved from Montana to New York City. In late 2005, he began to co-star in the Disney Channel series Hannah Montana with his daughter Miley Cyrus.

William Ray Cyrus was born in Flatwoods, Kentucky to Ron Cyrus, a politician, and his wife, the former Ruth Ann Casto. His grandfather was a Pentecostal preacher. Growing up, he was surrounded by bluegrass and gospel music from his family. His father, a right-handed man, played guitar. Billy Ray, on the other hand, was left-handed. He tried to play his father's guitar, but could never learn. Cyrus attended Georgetown College on a baseball scholarship before switching his focus to music. During the 1980s, Cyrus played in the bar band Sly Dog before getting a record deal with Mercury Nashville Records.

FULL ARTICLE AT WIKIPEDIA.ORG
This article is licensed under the GNU Free Documentation License.
It uses material from the Wikipedia article "Billy Ray Cyrus."