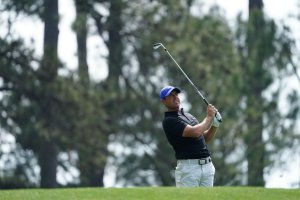 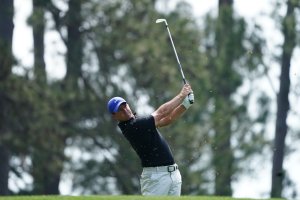 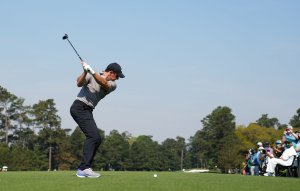 Sports News // 4 weeks ago
Rory McIlroy hits father with errant approach shot at Masters
Rory McIlroy accidentally struck his father, Gerry, in the leg with his approach shot on hole No. 7 Thursday at the Masters Tournament in Augusta, Ga.

Sports News // 4 weeks ago
Defending champ Dustin Johnson admits golf game 'not quite as good' at Masters
Dustin Johnson, the defending champion of the Masters, says his game "isn't as good" as it was when he won the major championship about five months ago. Johnson is still favored to win this weekend in Augusta, Ga.

Sports News // 1 month ago
Tiger Woods to make video game return, signs deal with 'PGA Tour 2K'
Tiger Woods might not be back on the golf course anytime soon, but he will make virtual appearances as part of a return to video games, game publisher 2K announced Tuesday.

Sports News // 2 months ago
Brooks Koepka chips in clutch eagle, wins Phoenix Open
Brooks Koepka, the No. 12 golfer in the world, made one of the best shots so far of 2021 with a clutch eagle in the final round of the Phoenix Open. The chip on No. 17 helped Koepka win the tournament by one stroke.

You see guys coming down the stretch with a four-or-five-shot lead, and you think it's easy, but it's not

I have got the tee shot on the 11th (Sunday) morning on my mind, and that's all I can do

It's always difficult to follow up a really low round

It's a pity we were not able to pull it off

Rory McIlroy (born 4 May 1989) is a professional golfer from Holywood, County Down, Northern Ireland. He has represented Ireland, Europe, and Great Britain & Ireland as both an amateur and a professional. He had a successful amateur career, topping the World Amateur Golf Ranking for one week as a 17-year-old in 2007. Later that year he turned professional and soon established himself on the European Tour. He had his first win on the European Tour in 2009, and on the PGA Tour in 2010. He represented Europe in the 2010 Ryder Cup.

On 19 June 2011, he won the U.S. Open, his first major. He finished with a record score of 16-under-par on his way to an eight-shot victory, as the youngest winner since Bobby Jones in 1923. He has been cited as the most exciting young prospect in golf and having the potential to become one of the highest earners in sports in terms of endorsements. The victory lifted McIlroy's position in the Official World Golf Ranking to a career high of number four.

McIlroy was born in Holywood, County Down, a port town of 12,000 people in Northern Ireland, located close to the capital city Belfast. He is the only child of Gerry and Rosie (McDonald) McIlroy; he attended St. Patrick's primary school and then the Sullivan Upper School.

FULL ARTICLE AT WIKIPEDIA.ORG
This article is licensed under the GNU Free Documentation License.
It uses material from the Wikipedia article "Rory McIlroy."
Back to Article
/