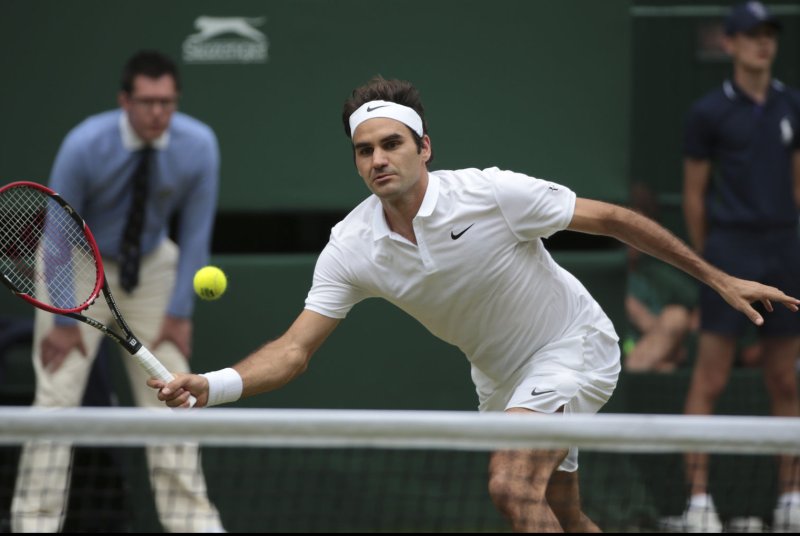 Roger Federer, who is playing his first tournament since winning the Australian Open last month, began his quest for an eighth Dubai title with a 6-1, 6-3, first-round victory over Benoit Paire of France on Monday in the Dubai Duty Free Tennis Championships.

Federer, whose ranking is up to No. 10 and is seeded third in the tournament, showed no rust from his four-week layoff after winning his 18th Grand Slam title.

Federer, 35, did not have his serve broken against Paire, saving all three break points while improving his head-to-head record against Paire to 4-0.

"I think I returned very well for a first round," Federer said. "I was able to get my second serves in deep, was able to go into the offensive quickly. Didn't have to move that much. It was very quick rallies. So we'll see how that's going to turn out. But obviously couldn't be a better first round for me here in Dubai."

Federer's next opponent will one of two Russians -- Mikhail Youzhny or qualifier Evgeny Donskoy.

"I have played here for so many years, seen the tournament grow," Federer said. "Fans and myself know how special it is for me to be back on the court. It was a nice welcome. Very thankful always."

"You always expect a tough match, but I wasn't expecting that he had so much power with his forehand," Monfils said. "His forehand was super fast and deep, wasn't missing that much."

Monfils' next opponent will be either Daniel Evans or Dustin Brown.

Philipp Kohlschreiber posted the only upset of the day, defeating eighth-seeded Gilles Muller 6-4, 7-6 (1).

"Hopefully I can achieve the mark here in this tournament," Kohlschreiber said. "It would be great (and) mean I'm in the semifinals."