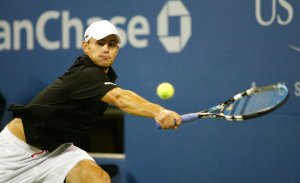 Tennis // 3 years ago
Citi Open: Kevin Anderson knocks off top seed Dominic Thiem
South Africa's Kevin Anderson pounded 21 aces, the last one completing a big upset in the second round of the Citi Open, 6-3, 6-7 (6), 7-6 (7) over top-seeded Dominic Thiem of Austria on Thursday in Washington. 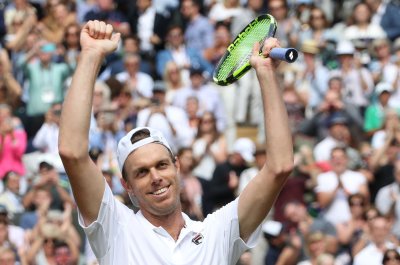 Tennis // 3 years ago
2017 Wimbledon: Novak Djokovic advances past Adrian Mannarino to reach quarterfinals
Novak Djokovic didn't let a shoulder injury or a hole in the court stop him from advancing at Wimbledon.

Tennis // 3 years ago
Wimbledon Quarterfinals set: Andy Murray, Roger Federer in; Rafael Nadal out
Defending champion and No. 1 seed Andy Murray reached the Wimbledon quarterfinals for the 10th consecutive year and Roger Federer for the 15th time with straight-sets victories at the All England Club on Monday. 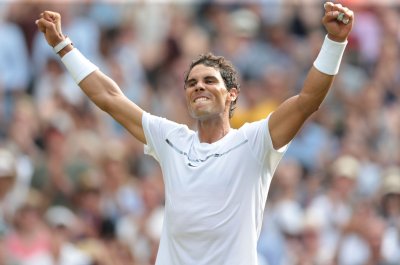 Sports News // 3 years ago
Rafael Nadal rolls on with another Wimbledon win
Two-time Wimbledon champion Rafael Nadal fought off Karen Khachanov on Friday to extend his Grand Slam winning streak to 28 sets and reach the fourth round at the All England Club in London. 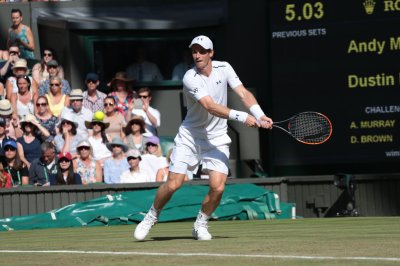 Tennis // 3 years ago
2017 Wimbledon: Andy Murray, Rafael Nadal advance to Wimbledon third round
Top-seeded Andy Murray wasted no time on Wednesday at Wimbledon, storming into the third round with a convincing 6-3, 6-2, 6-2 win over Dustin Brown. 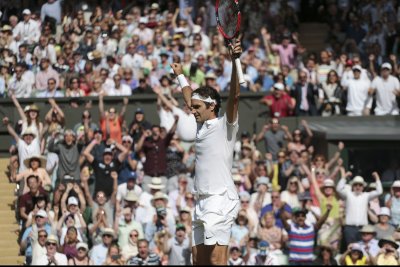 Gilles Müller (born May 9, 1983) is a Luxembourgish professional tennis player. He was a US Open junior champion and is the most successful male tennis player in the history of his country. He was born, raised and currently resides in Schifflange.

Remarkable results against top players were Müller's victories over Andy Roddick in the first round of the 2005 US Open, over Rafael Nadal at the 2005 Wimbledon Championships, and over Andre Agassi at the semifinals of the 2004 Legg Mason Tennis Classic in Washington, D.C..

FULL ARTICLE AT WIKIPEDIA.ORG
This article is licensed under the GNU Free Documentation License.
It uses material from the Wikipedia article "Gilles Muller."
Back to Article
/