WASHINGTON, Dec. 27 (UPI) -- Austin Lopez put San Jose State in front with a fourth-quarter field goal Thursday and the Spartans went on to defeat Bowling Green 29-20 in the Military Bowl.

San Jose State quarterback David Fales completed 33-of-43 passes for 395 yards and two touchdowns, but the Spartans found themselves trailing 20-19 after Bowling Green's John Pettigrew scored on a 1-yard run with 10:43 left in the contest.

Fales then drove the Spartans 68 yards to set up the go-ahead field goal of 27 yards by Lopez and San Jose State took advantage of a fumble to produce the clinching touchdown from De'Leon Eskridge on a 1-yard run.

San Jose State won its third straight bowl game in a span of 21 years. The Spartans' most recent bowl appearance had come at the end of the 2006 season -- a 20-12 triumph over New Mexico.

The Spartans finished this season with an 11-2 record and Thursday's win was their seventh in a row. San Jose State Coach Mike MacIntyre took the head coaching position at Colorado after the final regular-season game and the Spartans were guided in the bowl game by interim coach Kent Baer.

Fales opened the scoring by throwing a 33-yard pass to Kyle Nunn 5 minutes deep in the game and he hit Chandler Jones with an 18-yarder late in the third period to give the Spartans a 19-13 lead. Lopez kicked two field goals and made all 17 of his attempts this season.

Bowling Green quarterback Matt Schilz threw for 159 yards. The Falcons closed the season at 8-5 and have lost their last three bowl games over the past 5 years.

Teams from the Western Athletic Conference made two bowl trips this year and won them both. Utah State defeated Toledo in the Famous Idaho Potato Bowl. The Mid-American Conference is 1-3 in this season's bowl games with three appearances remaining. 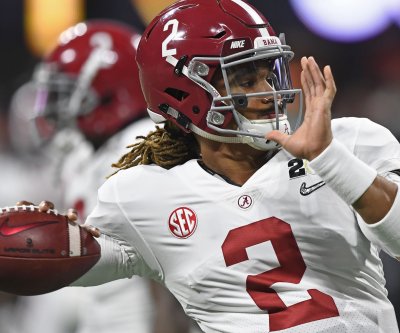