MORAGA, Calif. -- Saint Mary's coach Randy Bennett did not expect any lingering effects from his team's 23-point loss to Gonzaga last Saturday, and he was right -- for the most part.

The No. 23 Gaels did not play a perfect game by any means, but they were in control throughout their 62-50 victory over Pacific in a West Coast Conference game Thursday at McKeon Pavilion.

"I didn't think there would be a hangover, but you never know," said Bennett, whose Gaels (16-2, 6-1 WCC) beat Pacific for the eighth time in a row, "We haven't lost many, so you don't know.

"I was more concerned with Pacific. They played Gonzaga better than anyone so far."

The Tigers (8-12, 2-5) held an eight-point lead three minutes into the second half of their Dec. 31 game against Gonzaga but eventually lost by 20 points.

Pacific never led on Thursday, but the Tigers did cause some problems. The visitors trailed by 19 points in the first half, but with the help of a zone defense that bothered the Gaels, Pacific made a charge.

The Tigers whittled the deficit down to five points when Anthony Townes made a follow shot with 16:20 left in the second half.

"I think the zone defense helped us get back in the game," Tigers guard Ray Bowles said.

"I think we caught them a little off-guard because we don't play much zone," first-year Pacific coach Damon Stoudamire said.

Calvin Hermanson, who led the Gaels with 17 points, hit a 3-pointer from the corner to restore an eight-point lead at the 16:06 mark, and the Gaels stretched their lead from there.

"We did a great job of moving the ball around, kicking it out and finding the open man," said Hermanson, who had four of the Gaels' 13 3-pointers. "When we do that, we feel like we get in a good rhythm and shots go down."

Center Jock Landale had 10 points, 10 rebounds and two blocks, but for the third straight game, the Gaels' leading scorer failed to score more than 10 points.

Stoudamire may have captured the essence of the Gaels' patient, precise offense with a boxing analogy.

"Saint Mary's is like Floyd Mayweather," he said. "They're like counterpunchers. They run their offense and wait until somebody makes a mistake and then they capitalize."

Saint Mary's took control of the game at the outset. The Gaels' first eight shots of the game were all 3-pointers, and they made four of their first five attempts from long range to take an early 14-5 lead.

The Gaels appeared to be on the verge of blowing Pacific off the court when they went ahead 30-11 with 6:40 left in the first half. However, the Tigers responded with a 12-0 run that closed the margin to seven points with 1:25 remaining.

Rahon hit a 3-pointer to end the Gaels' scoring drought that lasted 5:38, and Saint Mary's took an eight-point lead into halftime.

The Gonzaga loss was well in the rearview mirror by then.

"We were ready to move on for sure," Hermanson said. "We'll be ready for them when they come back down here."

-- Pacific G Jack Williams, who is the team's third-leading scorer (8.9 points per game) and leading rebounder (6.6 rebounds per game), did not make the trip to Saint Mary's because of an illness.

-- Saint Mary's reserve G Jordan Ford was not in uniform for an undisclosed reason.

-- Pacific's next game is against BYU on Saturday in Stockton, Calif. Saint Mary's hosts Pepperdine on Saturday. 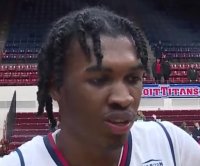 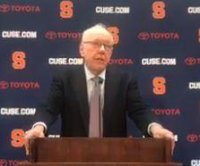