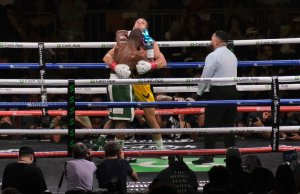 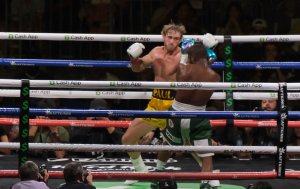 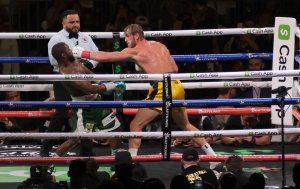 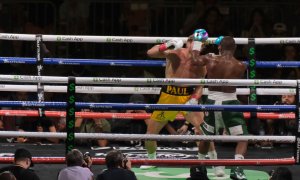 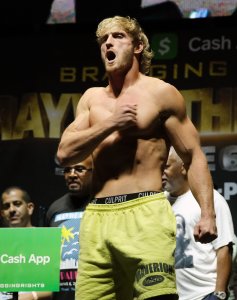 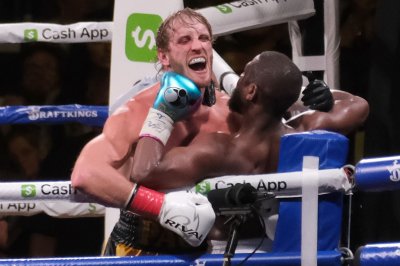 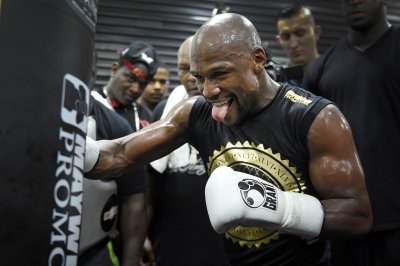 I'm looking forward to fighting Juan Lazcano most likely after this fight, then fighting a tuneup at 154 and then Oscar

I took my time. My game plan was to let him keep punching

I understand Pacquiao not liking having his blood taken, because frankly I don't know anyone who really does

Floyd Mayweather, Jr. (born Floyd Sinclair; February 24, 1977), is an American professional boxer. He is a five-division world champion, where he has won ten world titles, including the lineal championship in two different weight classes. He is a two-time The Ring "Fighter of the Year" winning the award in 1998 and 2007, and also Boxing Writers Association of America (BWAA) "Fighter of the Year" in 2007. He is undefeated as a professional boxer.

Currently, Mayweather is the WBC Emeritus World Super Welterweight Champion. He was formerly rated as the "number one" pound-for-pound best boxer in the world by most sporting news and boxing websites, including The Ring, BoxRec.com, Sports Illustrated, ESPN, BBC Sports and Yahoo! Sports but was removed from the rankings due to retirement and currently due to inactivity.

Fitted with boxing gloves while he was still a toddler, Floyd Mayweather started boxing at the age of seven, and his acumen for the hardest game was obvious from the start. Born and raised in Grand Rapids, Michigan, Mayweather was born into a boxing family. His father, Floyd Mayweather Sr. was a former welterweight contender who fought Hall of Famer Sugar Ray Leonard, and his uncles, Roger Mayweather and Jeff Mayweather, were also pro fighters, with Roger – Floyd’s current trainer – winning two world championships. Mayweather was born with his mother's last name, but his last name would change to Mayweather shortly thereafter. Aged 16, Mayweather went to live with his grandmother, after his father was sent to federal prison for smuggling drugs.

FULL ARTICLE AT WIKIPEDIA.ORG
This article is licensed under the GNU Free Documentation License.
It uses material from the Wikipedia article "Floyd Mayweather."
Back to Article
/