The Academy Awards ceremony will air Feb. 24 without a host. The last time it went hostless, in 1989, it didn't go so well. File Photo by Kevin Dietsch/UPI | License Photo

Feb. 8 (UPI) -- For the first time in 30 years, the Oscars ceremony will air without a host on Feb 24. Credit ruthless bashing from critics and trolls and an outdated format for making it among the most thankless jobs in Hollywood.

Comedian Kevin Hart was initially named to emcee the three-hour show, but he backed out after an online firestorm over nearly decade-old jokes deemed homophobic. Even after a public apology and forgiveness from gay comedy icon Ellen DeGeneres, Hart still decided to stay away.

Dwayne "The Rock" Johnson tweeted this week that he was the Academy of Motion Picture Arts and Sciences' first choice to host the Oscars. But he couldn't do it while shooting the Jumanji sequel.

ABC, which has broadcast the show since 1976, went looking for a replacement who isn't too close to a competing network. That ruled out the stars of NBC's Saturday Night Live and talk-show hosts including James Corden, Jimmy Fallon, Seth Meyers and Stephen Colbert.

Not that celebrities are clamoring for the Oscars gig.

"If it was five years ago, I could say something really offensive and funny right now, but I can't do that anymore," Chris Rock, who hosted in 2005 and 2016, said recently at the New York Film Critics Circle Awards.

"Steve Martin is here. You should host the Oscars. You're the best," Rock added, according to Variety. "Because I'm not doing it."

Anne Hathaway, who co-hosted with James Franco in 2011, said she initially turned down the gig and wishes she hadn't changed her mind. Her performance was slammed as manic and boosterish, playing more to the celebrity audience than those watching at home.

"It's just a no-win situation," Hathaway told People.com. "You're not trained at this. How is this going to enhance your life? ... Even the people who do it spectacularly well -- like Hugh Jackman, Jimmy Kimmel, Ellen DeGeneres -- usually just get a 'meh' from everyone. It's a really hard gig to stick the landing on."

Seth MacFarlane, who hosted in 2013, explains why it's so tough.

"When you're doing something that's that much in the spotlight, with that much focus on it, that much intensity, you're going to have a lot of opinions from a lot of people," MacFarlane told EW.com. "I'm trying to think of the last time that I read a review of the Oscars the next day where everyone is raving about it -- it's been a long time."

"There's always an effort to make it interesting and exciting to viewers who are used to a very different entertainment landscape in the modern era, and it's often times fitting a square peg in a round hole," MacFarlane said. "So, it's not an easy job, and I'm not surprised that they have a tough time finding takers."

2014 Oscars ringmaster DeGeneres questioned whether a single host is still the best format.

"They should just have multiple hosts and multiple people introducing categories, because it's not about the host anyway," she said. "No matter how well you do, it's really just about the performances and the awards. That's all anybody really cares about."

The last time the Oscars went hostless, it didn't go so well.

In 1989, instead of a monologue from a well-known comedian, the show opened with a campy musical number featuring non-singer Rob Lowe performing "Proud Mary" with an unknown actress dressed as Disney's Snow White and Merv Griffin crooning "I've Got a Lovely Bunch of Coconuts."

Disney sued for copyright infringement and numerous screen stars, including Julie Andrews and Paul Newman, wrote a strong letter to the academy denouncing the ceremony as an "embarrassment to the academy and the entire motion picture industry."

Four-time host Whoopi Goldberg told Stephen Colbert on The Late Show that actor Ken Jeong would be perfect for the job.

"He would be brilliant," Goldberg said. "It would also constitute the first Asian American to host the Oscars. It would be a whole series of firsts. And he also loves film and I think that's what you need in a host. You need somebody who actually gets why films are great and can tell you the ins and the outs and the silliness of movies."

Jeong has said he is up for the challenge.

Billy Crystal, who has hosted nine times -- more than anyone other than Bob Hope -- said an emcee is useful.

"You're there to comment on something that happens," he told James Corden on The Late Late Show. "Because when you're the host you want something bad to happen and it's exciting for the audience... God knows we want it to be great. I wish everyone luck." 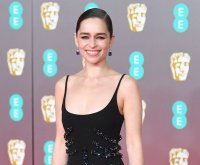 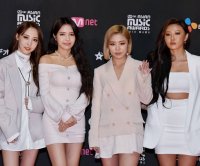 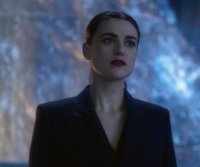