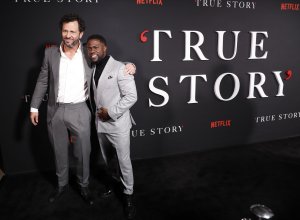 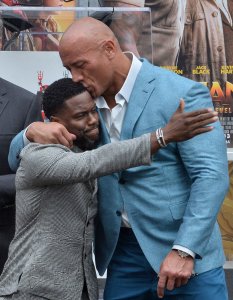 Movies // 2 months ago
What to binge: 5 movies to watch after 'Senior Year'
"Night School," "Billy Madison" and "Never Been Kissed" are a few films about adults returning to school to watch after Netflix's "Senior Year."

Hart was born in Philadelphia, Pennsylvania. He is a graduate of George Washington High School, and attended Temple University for two years.

Achieving success in his local region, he quit his job as a shoe salesman and embarked on a career in comedy. His performances have led him to be in feature films, such as The 40-Year-Old Virgin, Soul Plane, Paper Soldiers, Scary Movie 3, Along Came Polly, Scary Movie 4, Death at a Funeral, Little Fockers, Not Easily Broken, and One Day in Jersey.

FULL ARTICLE AT WIKIPEDIA.ORG
This article is licensed under the GNU Free Documentation License.
It uses material from the Wikipedia article "Kevin Hart."