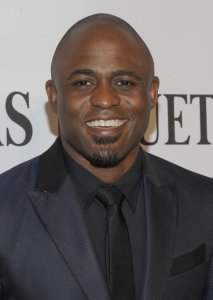 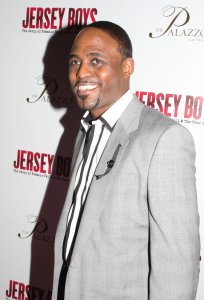 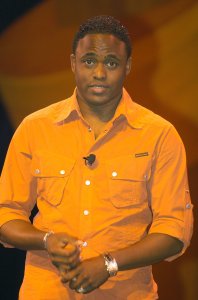 TV // 9 months ago
'The Masked Singer': Fox shares clues in Season 4 teaser
"The Masked Singer," a reality competition series featuring celebrities in costume, will return for a fourth season on Fox.

TV // 10 months ago
'View,' 'Ellen,' 'Jeopardy!' and 'Y&R' win Daytime Emmys
"The View" and "The Ellen DeGeneres Show" were among the winners at the Daytime Emmy Awards' virtual prize presentation Friday.

I am honored and ready to go; it is not every day that you get to be a part of a franchise like 'Let's Make a Deal,

Wayne Alphonso Brady (born June 2, 1972) is an Emmy Award winning actor, singer, comedian and television personality, known for his work as a regular on the American version of the improvisational comedy television series Whose Line Is It Anyway?, and as the host of the daytime talk show The Wayne Brady Show. He was the original host of FOX's Don't Forget the Lyrics!, and currently hosts the 2009 revival of Let's Make a Deal.

Brady was born in Columbus, Georgia to West Indian parents, and moved to Orlando, Florida as a young child to live with his grandmother and aunt. When Brady talks about his "Mom," he is referring to his grandmother Valerie Petersen, who raised him. He attended Dr. Phillips High School, in Orlando, Florida, where he graduated in 1989. In 1990, he began enrollment at the University of Miami, where he joined the Delta Upsilon fraternity. At 16, he started performing in community theater and at the Orlando improv troupe SAK Comedy Lab where he first started developing his improv skills. He moved to Los Angeles, California, in 1996, where he continued developing his acting skills.

Brady's career began as one of the improvisational theater performers in the original (British) version of Whose Line Is It Anyway?, along with Ryan Stiles, Colin Mochrie, and host Clive Anderson in 1998 when the last season was filmed in Hollywood, after which he became a regular on the American version, hosted by Drew Carey, which was his first Stateside television exposure. In 2003, Brady won a Primetime Emmy Award for Outstanding Individual Performance in a Variety, Musical or Comedy Series for his work on the show, the only person to win the award for a television series, as opposed to a special, since Dana Carvey in 1993.

FULL ARTICLE AT WIKIPEDIA.ORG
This article is licensed under the GNU Free Documentation License.
It uses material from the Wikipedia article "Wayne Brady."
Back to Article
/