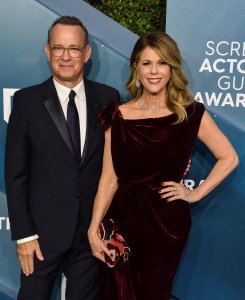 Movies // 1 week ago
'Joker' leads with 11 Oscar nods; Scarlett Johansson nominated in 2 categories
The crime drama "Joker" led the field with 11 nods when Oscar nominations were announced in Los Angeles on Monday morning. 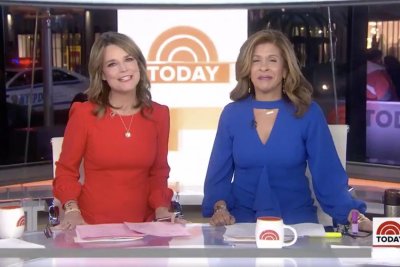 TV // 2 weeks ago
Savannah Guthrie returns to 'Today' after eye surgery
"Today" host Savannah Guthrie was all smiles during her first day back since her eye injury and surgery. 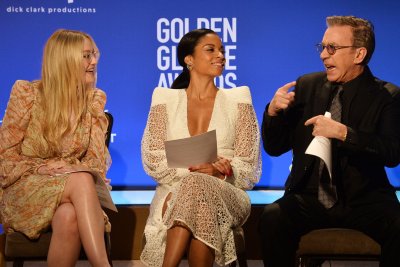 TV // 2 months ago
Tom Hanks says he first passed on Mister Rogers role
Tom Hanks said on Today Tuesday that he originally passed on portraying Mister Rogers in "A Beautiful Day in the Neighborhood until he was convinced to take on the role by director Marielle Heller.

Entertainment News // 3 months ago
Golden Globes: Tom Hanks to receive Cecil B. DeMille Award
Tom Hanks will be recognized for his lasting impact in the film industry at the Golden Globe Awards in January. 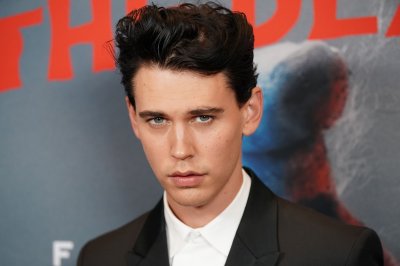 George Harrison held the future in the guitar in his hands and it had six strings. Let us thank Leo Fender, who brought electricity to music

Either our employers will lock us out, or SAG will strike

Charlie Wilson's War: The Extraordinary Story of the Largest Covert Operation in History

Thomas Jeffrey "Tom" Hanks (born July 9, 1956) is an American actor, producer, writer, and director. Hanks worked in television and family-friendly comedies, gaining wide notice in 1988's Big, before achieving success as a dramatic actor in several notable roles, including Andrew Beckett in Philadelphia, the title role in Forrest Gump, Commander Jim Lovell in Apollo 13, Captain John H. Miller in Saving Private Ryan, Joe Fox in You've Got Mail, Chuck Noland in Cast Away, and voicing the character Woody in the Toy Story series. Hanks won consecutive Best Actor Academy Awards, in 1993 for Philadelphia and in 1994 for Forrest Gump. U.S. domestic box office totals for his films exceed US$4.0 billion. He is the father of actor Colin Hanks.

Hanks was born in Concord, California. His father, Amos Mefford Hanks (born in Glenn County, California, on March 9, 1924 – died in Alameda, California, on January 31, 1992), an itinerant cook, was a distant relative of President Abraham Lincoln (through Lincoln's mother, Nancy Hanks). His mother, Janet Marylyn (née Frager; born in Alameda County, California, on January 18, 1932), was a hospital worker. Hanks' mother is of Portuguese ancestry, while two of his paternal great-grandparents immigrated from Britain. Hanks's parents divorced in 1960. The family's three oldest children, Sandra (now Sandra Hanks Benoiton, a writer), Larry (now Lawrence M. Hanks, PhD, an entomology professor at the University of Illinois at Urbana-Champaign) and Tom, went with their father, while the youngest, Jim, now an actor and film maker, remained with his mother in Red Bluff, California. Afterwards, both parents remarried. Hanks's first stepmother came to the marriage with five children of her own. Hanks once told Rolling Stone: "Everybody in my family likes each other. But there were always about 50 people at the house. I didn't exactly feel like an outsider, but I was sort of outside it." That marriage ended in divorce after two years.

Amos Hanks became a single parent, working long hours and often leaving the children to fend for themselves, an exercise in self-reliance that served the siblings well. In addition to having a family history of Catholicism and Mormonism, Hanks was a "Bible-toting evangelical teenager" for several years. In school, Hanks was unpopular with students and teachers alike, later telling Rolling Stone magazine: "I was a geek, a spaz. I was horribly, painfully, terribly shy. At the same time, I was the guy who'd yell out funny captions during filmstrips. But I didn't get into trouble. I was always a real good kid and pretty responsible." In 1965, Amos Hanks married Frances Wong, a San Francisco native of Chinese descent. Frances had three children, two of whom lived with Tom during his high school years. Hanks acted in school plays, including South Pacific, while attending Skyline High School in Oakland, California.

FULL ARTICLE AT WIKIPEDIA.ORG
This article is licensed under the GNU Free Documentation License.
It uses material from the Wikipedia article "Tom Hanks."
Back to Article
/