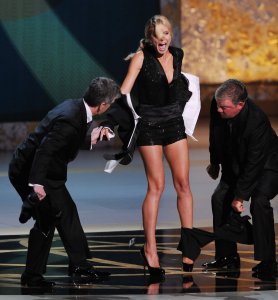 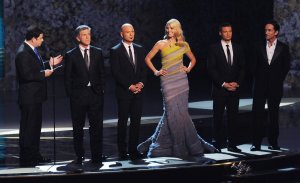 As you can see, Melissa is not with us tonight

There has to be some anxiety about the amount of injuries, because all of a sudden it feels like we're in an Ingmar Bergman film, only with spray tans

Our satellite system will provide valuable operational capability to commanders in the field and will utilize capabilities proven on Goodrich's portfolio of intelligence, surveillance and reconnaissance solutions

Marlee and I have known each other for years, and I want to step outside the host role for a moment and tell you as a friend I'm so proud of you

Thomas Robert "Tom" Bergeron (born May 6, 1955) is an American television personality and game show host, best known as the host of the ABC reality series Dancing with the Stars (2005–present) and host of America's Funniest Home Videos (2001–present). He was also host of Hollywood Squares (1998–2004) and a fill-in host for Who Wants to Be a Millionaire. He is a Daytime Emmy winner. He was born in Haverhill, Massachusetts and resides in Connecticut.

Bergeron's first job in broadcasting was as a disc jockey at local radio station WHAV, in his home town of Haverhill, Massachusetts. He was an extremely popular radio DJ in the Seacoast area of New Hampshire in the early 1980s on Portsmouth's WHEB, where he played comedy records along with music and offbeat interviews. His professional voice and warm personality landed him additional TV and radio auditions.

FULL ARTICLE AT WIKIPEDIA.ORG
This article is licensed under the GNU Free Documentation License.
It uses material from the Wikipedia article "Tom Bergeron."
Back to Article
/