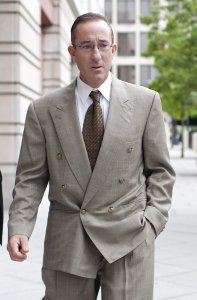 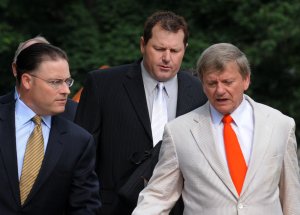 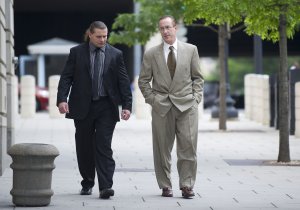 MLB // 2 years ago
Cole strikes out 15 as Astros top Rays for 2-0 ALDS lead
Gerrit Cole struck out 15 batters in 7 2/3 innings, leading the visiting Houston Astos tp a 3-1 win over the Tampa Bay Rays on Saturday in Game 2 of the American League Division Series at Minute Maid Park.

I just want to thank the committee, the staff that I just met with

By paying more attention to the Nutrition Facts Label included on all processed foods, individuals whose hypertension is affected by sodium can begin to take control over their sodium intake

Moderating sodium intake as part of a healthy diet regimen is sound advice, which may reduce the risk of elevated blood pressure

I characterize our discussions as revolving around financial parameters, not on a formal offer

William Roger Clemens (born August 4, 1962), nicknamed "Rocket", is a former Major League Baseball pitcher who broke into the league with the Boston Red Sox, whose pitching staff he would help anchor for 12 years. Clemens won seven Cy Young Awards, more than any other pitcher. He played for four different teams over his 23-year playing career. In each of his two seasons with the Toronto Blue Jays, Clemens won the pitching triple crown (leading the league in wins, ERA, and strikeouts) and a Cy Young Award.

Clemens was traded to the New York Yankees for the 1999 season, where he had his first World Series success. In 2003, he reached his 300th win and 4,000th strikeout in the same game. Clemens is one of only four pitchers to have more than 4,000 strikeouts in their career (the others are pitchers Nolan Ryan, Randy Johnson, and Steve Carlton). Clemens played three seasons with the Houston Astros, where he won his seventh Cy Young Award. He rejoined the New York Yankees during the 2007 season.

Clemens was alleged by the Mitchell Report to have used anabolic steroids during his late career, mainly because of testimony given by his former trainer, Brian McNamee. Clemens firmly denied these allegations under oath before Congress, leading congressional leaders to refer his case to the Justice Department on suspicions of perjury. On May 12, 2009, he broke a long silence to speak out on ESPN against American Icon: The Fall of Roger Clemens and the Rise of Steroids in America's Pastime, a book by four New York Daily News reporters that claims Clemens used performance-enhancing drugs during his career.

FULL ARTICLE AT WIKIPEDIA.ORG
This article is licensed under the GNU Free Documentation License.
It uses material from the Wikipedia article "Roger Clemens."