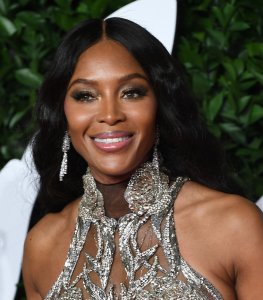 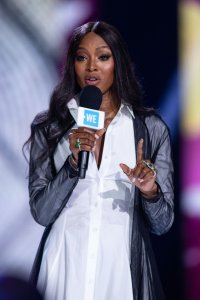 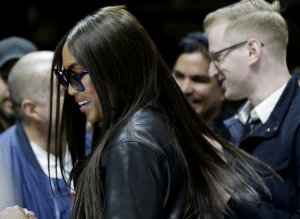 Music // 1 month ago
BET Awards: How to watch, what to expect
The 2021 BET Awards are taking place Sunday from the Microsoft Theater in Los Angeles.

Entertainment News // 2 months ago
Naomi Campbell celebrates birth of first child
Supermodel Naomi Campbell announced she is a mom to a newborn daughter.

Entertainment News // 9 months ago
Naomi Campbell discusses her dedication to advocating for Black models
Supermodel Naomi Campbell said her commitment to speaking out against racism and other injustices hasn't changed over the years. 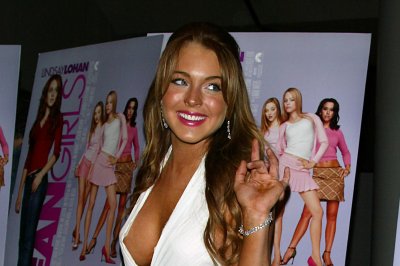 Music // 11 months ago
Beyonce releases 'Already' music video, 'Black is King' visual album
Beyoncé shared a video for her song "Already" ahead of the premiere of "Black is King," her visual album based on "The Lion King: The Gift," on Disney+.

Entertainment News // 1 year ago
Blue Ivy appears in new trailer for Beyonce's 'Black is King'
Beyoncé shared a teaser for "Black is King," her visual album based on "The Lion King: The Gift," featuring her daughter Blue Ivy.

We are not aware of any pleading phone calls to Ms. Campbell

Naomi was flying to Los Angeles for a memorial service on Thursday. She arrived at Heathrow Terminal 5 in plenty of time, checked her two bags in and was told they would make the flight

I try to treat everyone with respect and I am pleased the driver has apologized. I would like to put the last few days behind me and move on

Naomi Campbell (born 22 May 1970) is a British model. Scouted at the age of 15, she established herself among the top three most recognisable and in-demand models of the late 1980s and early 1990s, and she was one of six models of her generation declared "supermodels" by the fashion world. As the most famous black model of her time, Campbell has been outspoken throughout her career against the racial bias that exists in the fashion industry. Her personal life is widely reported, particularly her affairs with famous men—including boxer Mike Tyson and actor Robert De Niro—and several high-profile assault convictions.

Campbell was born in the working-class Streatham district of South London, the daughter of Jamaican-born dancer Valerie Morris. In accordance with her mother's wishes, Campbell has never met her father, who abandoned her mother when she was four months pregnant, and who went unnamed on her birth certificate. She took on the surname Campbell from her mother's second marriage. Her half-brother, Pierre, was born in 1986. Campbell is of Afro-Jamaican descent, as well as of Chinese Jamaican ancestry through her paternal grandmother, who carried the family name Ming.

During her early years, Campbell lived in Rome, where her mother worked as a modern dancer. Following their return to London, she was left in the care of her maternal grandmother, Ruby, while her mother travelled across Europe with the dance troupe Fantastica. Campbell later blamed her ill temper and well-documented violent outbursts on the emotional trauma of being abandoned by her mother as a child, stating, "It comes from, I think, an abandonment issue and it comes from also trying to just build up a family around me that's not my immediate family and if I feel a mistrust, then all my cards go down."

FULL ARTICLE AT WIKIPEDIA.ORG
This article is licensed under the GNU Free Documentation License.
It uses material from the Wikipedia article "Naomi Campbell."
Back to Article
/