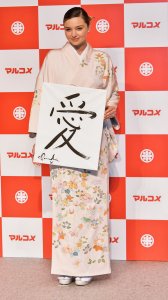 TV // 5 months ago
Katy Perry on becoming a mom: 'The best decision I ever made'
Katy Perry on "Jimmy Kimmel Live" discusses life as a new mom to daughter Daisy Dove Bloom and parenting with her fiancé, Orlando Bloom.

TV // 11 months ago
Orlando Bloom says he's excited to have a 'little daddy's girl'
Orlando Bloom discussed how it feels to be an expectant father and how he already loves his baby girl while appearing on "The Tonight Show."

Entertainment News // 1 year ago
Orlando Bloom gets tattoo tribute after dog Mighty's death
Orlando Bloom unveiled a tattoo in honor of Mighty, his dog with Katy Perry, while announcing the pup's death.

Miranda May Kerr (born April 20, 1983) is an Australian model best known as one of the Victoria's Secret Angels since mid-2007. She is the first Australian to participate in the Victoria's Secret campaign and also represents Australian fashion chain David Jones. Kerr began modeling in the fashion industry when she was 13, starting at Chaay's Modelling Agency, and soon after winning a 1997 Australian nationwide model search hosted by Dolly magazine and Impulse fragrances.

She is married to actor Orlando Bloom with whom she has a son, Flynn.

Kerr was born in Sydney, but raised in the small town of Gunnedah, New South Wales. Her parents are Therese and John Kerr, and she has a younger brother named Matthew. In an interview, Kerr stated she is of English, French and Scottish descent. During her childhood, Kerr "raced motorbikes and rode horses on her grandmother's farm." She describes her early life in the Australian countryside as "very grounding ... there wasn't any pretentiousness and no one really cared what you were wearing. You could just be you." Her family moved to Brisbane to allow Kerr and her brother to experience city life, where she graduated from All Hallows' School in 2000. Kerr originally went on to study Nutrition and Health Psychology before pursuing modeling.

FULL ARTICLE AT WIKIPEDIA.ORG
This article is licensed under the GNU Free Documentation License.
It uses material from the Wikipedia article "Miranda Kerr."
Back to Article
/