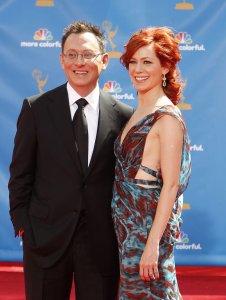 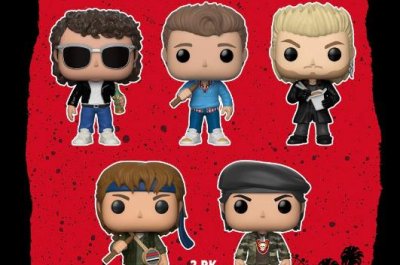 Entertainment News // 2 years ago
Funko 2018 Pop! lineup to add 'The Lost Boys'
Funko announced a new addition to their lineup of collectible Pop! figures this year based on five characters in the cult classic, "The Lost Boys."

Top News // 3 years ago
The Almanac
On Sept. 7, 1977, President Carter and Panamanian leader Omar Torrijos signed a treaty to transfer control of the Panama Canal from the United States to Panama.

TV // 6 years ago
Taraji P. Henson to return for 'Person of Interest' flashback?
Tuesday's episode of "Person of Interest" will be about a cold case connected to the show's late character, New York Police Detective Jocelyn Carter.
Odd News // 7 years ago
Houston man killed after argument about ending of '300: Rise of an Empire’
Houston man Michael Emerson struck and killed by a truck after an argument with fellow moviegoers about the ending of "300: Rise of an Empire."
Health News // 7 years ago
Women prefer taller men, most men don't mind a taller date
Nearly half of women want to date only men taller than they are, while a lesser percentage of men want to date only shorter women, researchers say.
World News // 7 years ago
Putin snubbed at European Union summit
Russian President Vladimir Putin received a chilly reception Tuesday at a summit meeting at the European Union's Brussels headquarters.
TV // 7 years ago
Taraji P. Henson talks 'Person of Interest' jaw dropper
Taraji P. Henson admits it was difficult to hide the fact her character was going to be killed on the New York-set drama series, "Person of Interest."

Some people speculate that Mr. Obama is not interested in the region and will leave it to Russia and the (European Union) to sort it out. I wouldn't say that

Each Tuesday night, Kimmel discusses the show and features 'Secrets of

Michael Emerson (born September 7, 1954) is an American actor best known for his role as Benjamin Linus on Lost as well as fictional serial killer William Hinks in The Practice.

Emerson was born in Cedar Rapids, Iowa and grew up in the nearby town of Toledo, Iowa. He attended South Tama County High School. After graduating in 1976 from Drake University in Des Moines, Iowa, where he studied theater and art, he moved to New York City. Unable to find acting work, he took retail jobs and worked as a freelance illustrator. In 1986, he moved with his first wife to Jacksonville, Florida. There, from 1986 to 1993, he appeared in local productions at Theater Jacksonville and The Players by the Sea, and worked as a director and teacher at Flagler College also.

Emerson considered forgoing a career in acting in favor of a more stable vocation in teaching. He decided to instead further his studies with a Master of Fine Arts that might also introduce him to theatre professionals and directors in his chosen trade. In 1993 he enrolled in the Alabama Shakespeare Festival's University of Alabama-sponsored Master of Fine Arts/Professional Actor Training program, and upon graduating in 1995, he returned to New York where he appeared in the annual Alabama Shakespeare Festival showcase.

FULL ARTICLE AT WIKIPEDIA.ORG
This article is licensed under the GNU Free Documentation License.
It uses material from the Wikipedia article "Michael Emerson."
Back to Article
/