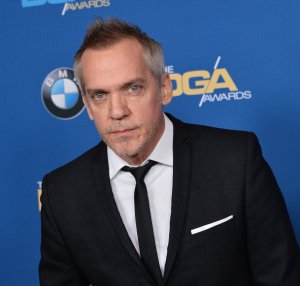 Movies // 2 years ago
'In Bruges' trio reuniting for new film in Ireland
Filmmaker and playwright Martin McDonagh is reuniting with his "In Bruges" stars Colin Farrell and Brendan Gleeson for a new movie.

Movies // 4 years ago
2018 Oscar predictions: Who will win?
"Three Billboards Outside Ebbing, Missouri" is most likely to win Best Picture when the Oscars are awarded in Los Angeles on Sunday.

Movies // 4 years ago
'Potter,' 'Star Wars' vet Gleeson plays rare comic roles in 2 films
Domhnall Gleeson says he is happy to return to his comic roots after toiling away for years making dramas.

Movies // 4 years ago
'Dunkirk,' 'Wonder Woman,' 'Get Out' competing for Producers Guild Award
The Producers Guild of America has announced its nominees for its theatrical motion picture and television awards.

I was really scared of the move (from stage to screen,

During visits to Galway in the summers, McDonagh became acquainted with the dialect of English spoken in western Ireland. He would later put an exaggerated and poeticized version of this dialect to work in his plays. His ironic combination of coarse country language, primal symbolism and black humour represents a peculiar fusion of the work of John Millington Synge with the modern drama of Harold Pinter, David Mamet and British television comedy.

FULL ARTICLE AT WIKIPEDIA.ORG
This article is licensed under the GNU Free Documentation License.
It uses material from the Wikipedia article "Martin McDonagh."