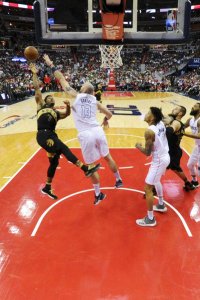 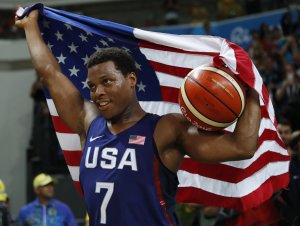 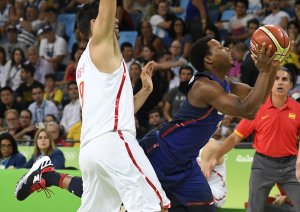 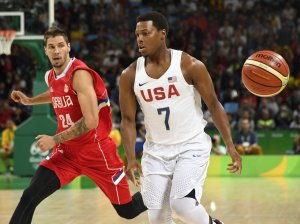 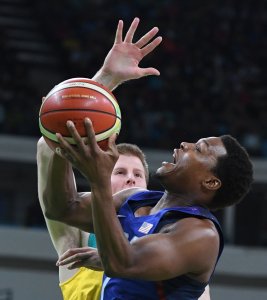 NBA // 2 months ago
Heat president Pat Riley 'stunned, angry' over team's playoff exit
Pat Riley was "stunned" and "angry" about the way the Miami Heat playoff run ended and plans to be "proactive" to improve the roster, the team president said Monday at a news conference.

NBA // 2 months ago
Celtics hold off Heat rally, advance to NBA Finals
Jayson Tatum scored a team-high 26 points and the Boston Celtics fought off a fierce final-minutes rally to beat the Miami Heat on Sunday at FTX Arena and advance to the 2022 NBA Finals.

NBA // 2 months ago
Heat's Tyler Herro out for Game 4 vs. Celtics
The Miami Heat will be without guard Tyler Herro for Game 4 of the 2022 Eastern Conference finals, the team said Monday. Herro sustained a groin injury in Game 3.

NBA // 3 months ago
Jimmy Butler, Heat crush Hawks for 3-1 playoff series lead
Jimmy Butler erupted for 36 points, 10 rebounds, four assists and four steals to lead the Miami Heat to a dominant 110-86 win over the Atlanta Hawks and a 3-1 lead in the first-round Eastern Conference playoff series.

MLB // 3 months ago
Jimmy 'Buckets' Butler nets 45, carries Heat over Hawks in NBA playoffs
Jimmy Butler poured in a playoff career-high 45 points to lead the Miami Heat to a win and a 2-0 series lead on the Atlanta Hawks on Tuesday at FTX Arena in Miami.

Kyle Lowry (born March 25, 1986 in Philadelphia, Pennsylvania) is an American professional basketball player with the Houston Rockets of the National Basketball Association. He attended Cardinal Dougherty High School in Philadelphia where former Rocket Cuttino Mobley went. He was selected by the Grizzlies with the 24th pick in the 2006 NBA Draft. He declared for the draft after two seasons with Villanova University under coach Jay Wright.

On opening night against the New York Knicks with Damon Stoudamire leaving the game early due to injury, Lowry played for 28 minutes posting 6 points (1-4 from the field, 4-4 from the free throw line), 3 assists, 2 steals, a block, and 10 rebounds. However, his rookie season was ended after just 10 games due to a broken wrist suffered at Cleveland's Quicken Loans Arena on November 21, 2006. Eight days later he underwent successful surgery on it. He averaged 5.6 points per game, 3.10 rebounds per game, and 3.2 assists per game. The next season (2007-08), on December 7, 2007, Lowry registered 14 points, 9 rebounds and 9 assists in 50 minutes in a 118-116 Grizzlies overtime loss to the New Orleans Hornets. At the NBA trade deadline on February 19, 2009, Lowry was traded by Memphis to the Houston Rockets in a 3-team deal involving the Orlando Magic.

FULL ARTICLE AT WIKIPEDIA.ORG
This article is licensed under the GNU Free Documentation License.
It uses material from the Wikipedia article "Kyle Lowry."