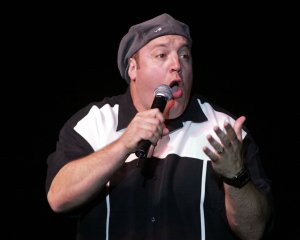 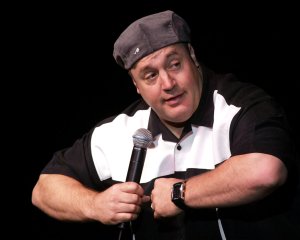 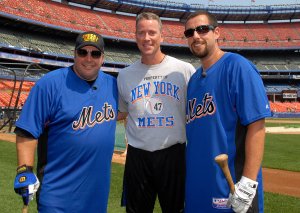 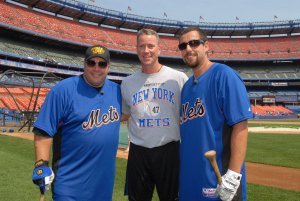 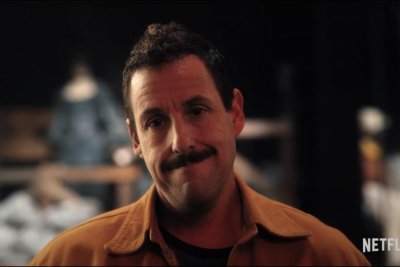 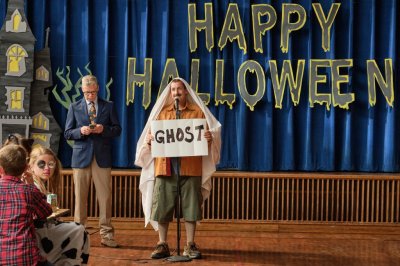 TV // 1 year ago
Kevin James to headline NASCAR sitcom for Netflix
"The King of Queens" and "Kevin Can Wait" alum Kevin James has signed on to star in and executive produce a NASCAR-themed sitcom called "The Crew."

The worst part about it was, my wife was with me for a long time with nothing to do but shop. I was like, 'Please. Get out of here. Go home.' Now I have a golf-ball finder/tie/desk organizer from the Sharper Image. With a compass

Any time I do that sweet stuff, I always feel uncomfortable in the moment, so have to make it ridiculous

We just wanted this to be a funny, funny movie for everybody, honestly, where you can feel comfortable with your kids

Kevin George Knipfing (born April 26, 1965), better known as Kevin James, is an American comedian, actor, writer, and producer. He is widely known for playing Doug Heffernan on the CBS sitcom The King of Queens. He is also known for his lead roles in the comedy films I Now Pronounce You Chuck and Larry, Paul Blart: Mall Cop, Grown Ups, The Dilemma, and Zookeeper. He hosted the Nickelodeon Kids' Choice Awards on March 27, 2010.

James was born Kevin George Knipfing in Mineola, New York at Winthrop-University Hospital. He is the son of Janet, a homemaker who also worked in a chiropractor's office, and Joseph Valentine Knipfing, who owned an insurance agency. He has German ancestry. James has two siblings, Gary Joseph Knipfing, known as Gary Valentine, also a comedian, and Leslie Knipfing; Leslie works for James and helped raise money through charity events for retinitis pigmentosa, with which she is afflicted. James was raised in the "S-Section" of Stony Brook and graduated from Ward Melville High School in 1983, where one of his teammates on the wrestling team was (professional wrestler) Mick Foley. He was a student at, but did not graduate from, the State University of New York at Cortland, where he was a member of Pi Lambda Phi Fraternity.

James began doing stand-up comedy in 1989, making his debut at the East Side Comedy Club in Manhattan. He gained popularity through numerous appearances on various talk shows, including The Tonight Show with Jay Leno, Late Show with David Letterman, Late Night with Conan O'Brien, Dennis Miller Live, The Late Late Show, The Rosie O'Donnell Show, The Ellen DeGeneres Show and Live with Regis and Kathy Lee. James was #89 on Comedy Central's list of the 100 Greatest Stand-Up Comedians. James has also done his stand-up routine on Just for Laughs, an annual comedy festival in Montreal.Later he was on commercials for Mazzio's Italian Eatery.

FULL ARTICLE AT WIKIPEDIA.ORG
This article is licensed under the GNU Free Documentation License.
It uses material from the Wikipedia article "Kevin James."
Back to Article
/