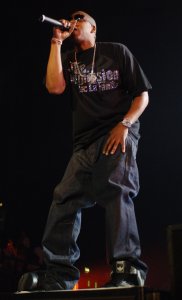 Entertainment News // 4 months ago
Mya confirms marriage: 'Officially Mrs. Lansky'
R&B singer Mya thanked fans for their support after reportedly marrying at a wedding in the Seychelles in December.

U.S. News // 5 months ago
2 inmates killed during fight in Mississippi prison
Two inmates were killed in a fight at a Mississippi prison, officials said, increasing the number of violent deaths within the state's correctional facilities to seven in less than a month.

U.S. News // 5 months ago
Rapper Jay-Z sues Mississippi prison system over inmates' deaths
Entertainment mogul Jay-Z has filed a lawsuit against Mississippi prison officials after the deaths of five inmates in the past two weeks. 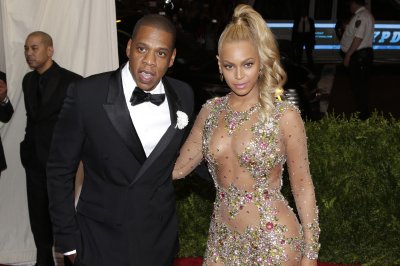 Music // 7 months ago
Jay-Z returns to Spotify with entire discography
Spotify announced on Wednesday that Jay-Z's entire catalogue has returned to the music streaming service.

Stargate were like a secret weapon. We had great success with Rihanna and Ne-Yo. In only two years, they've generated 10 singles in the Top 10 on Billboard's Hot 100 chart and three of those singles hit the No. 1 position. This has been a rewarding partnership and it was time to take the creative venture to the next level

I always want to reach out to people in new and ground breaking ways and this collaboration with Reebok and EA does that by combining several things important to me: basketball, gaming and footwear

It has come to my attention that the managing director of Cristal, Frederic Rouzaud, views the 'hip-hop' culture as 'unwelcome attention,

Shawn Corey Carter (born December 4, 1969), better known as his stage name, Jay-Z, is an American hip hop artist and businessman. He is the former CEO of Def Jam Recordings and Roc-A-Fella Records. He co-owns The 40/40 Club and the New Jersey Nets. He is one of the most financially successful hip hop artists and entrepreneurs in America, having sold over 26 million units in the United States and receiving several Grammy Awards for his musical work. Along with his financial and musical success, Jay-Z is known for being involved in many quarrels with other artist in the rap industry, the most well known being between him and fellow New York rapper Nas, which was eventually settled in 2005.

Jay-Z's debut album, Reasonable Doubt, is ranked by Rolling Stone as #248 on its "500 Greatest Albums of All Time". His critically acclaimed album, The Blueprint, was written in only two days. After announcing his retirement from recording music in 2003, he returned in late 2006 with the album Kingdom Come, which sold 680,000 copies in its first week, Jay-Z's highest-selling album in a one-week period. MTV named him number one on their list of the greatest MCs of all time. In April 2008, Jay-Z was reportedly on the verge of a partnership with Live Nation for $150 million—among the most expensive contracts ever awarded to a musician.

FULL ARTICLE AT WIKIPEDIA.ORG
This article is licensed under the GNU Free Documentation License.
It uses material from the Wikipedia article "Jay-Z."
Back to Article
/