To get Jay-Z in the game, consumers must purchase the new Reebok S.Carter Basketball IV shoe, in which they will receive a unique game code, SOHH.com reported.

The code unlocks Jay-Z, the S.Carter All-Stars and Rbk/S.Carter Arena for use in the game.

The shoe will be released for sale in Champs Sports stores on Oct. 11.

"I always want to reach out to people in new and ground breaking ways and this collaboration with Reebok and EA does that by combining several things important to me: basketball, gaming and footwear," said Jay-Z. "NBA Live has always been one of my favorite games and I'm excited to play the latest edition and to be a part of it."

Entertainment News // 1 hour ago
Tony Awards: How to watch, what to expect
Sept. 24 (UPI) -- The 74th annual Tony Awards are taking place Sunday from the Winter Garden Theatre in New York City. 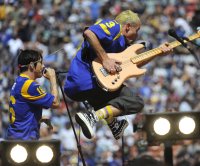 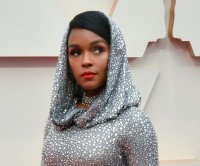