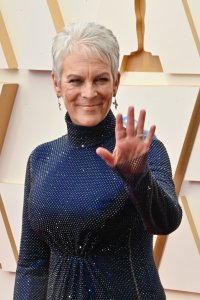 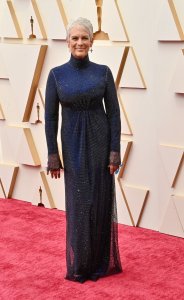 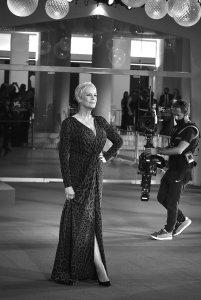 Entertainment News // 10 months ago
What to stream this weekend: DC Comics' 'FanDome,' 'Halloween Kills'
"DC FanDome," "Halloween Kills," "You" Season 3, "I Know What You Did Last Summer," and "Saturday Night Live" with guest host Rami Malek are some of the entertainment options streaming this weekend.

After a party, when my guests have all left. And I have loaded the dishwasher and it's a running all quietly with energy efficiency. And my family has all gone upstairs and the dogs are all walked, and everything is quiet in the house. Mommy likes to get out the rags on Mommy's feet. And Mommy likes to speed skate

The invention of Tony Curtis was his life ... . He was not a father. He was not interested in being a father. Now, by the way, that's not a slam against him. He was very clear. He did what he was supposed to do from a financial standpoint, which was honorable for him to do. But he was not an involved father and, therefore, I look at him much more from the perspective of being like all of you: a fan of him

Jamie Lee Curtis (born November 22, 1958) is an American actress and author. Although she was initially known as a "scream queen" because of her starring roles in many horror films early in her career, such as Halloween, The Fog, Prom Night and Terror Train, Curtis has since compiled a body of work that covers many genres. Her 1998 book, Today I Feel Silly, and Other Moods That Make My Day, made the best-seller list in The New York Times. Curtis has appeared in advertisements for Activia since 2007, and is a blogger for The Huffington Post online newspaper. She is married to actor, screenwriter, and director Christopher Guest.

Curtis was born in Los Angeles, the child of actor Tony Curtis and actress Janet Leigh. Her paternal grandparents were Hungarian Jewish immigrants. Curtis's parents divorced in 1962 and her mother then married Robert Brandt. Curtis has an older sister, Kelly Curtis, who is also an actress, and several half-siblings (all from her father's remarriages), Alexandra, Allegra, Ben, and Nicholas Curtis (who died in 1994 of a drug overdose). Curtis attended Westlake School in Los Angeles and Beverly Hills High School, and graduated from Choate Rosemary Hall. Returning to California in 1976, she attended the University of the Pacific in Stockton, California. She considered majoring in social work, but left after one semester in order to pursue a career in acting.

Curtis's film debut was the 1978 horror Halloween, playing the role of Laurie Strode. The film was a major success and was considered the highest grossing independent film of its time, earning status as a classic horror film. Curtis was subsequently cast in several horror films, garnering her the title of a "scream queen".

FULL ARTICLE AT WIKIPEDIA.ORG
This article is licensed under the GNU Free Documentation License.
It uses material from the Wikipedia article "Jamie Lee Curtis."