MLB // 1 year ago
Yankees' Mike Ford beats Athletics with walk-off homer
Pinch-hitter Mike Ford only had one at-bat in the New York Yankees' series finale against the Oakland Athletics, but he used it to hit a 394-foot walk-off home run. 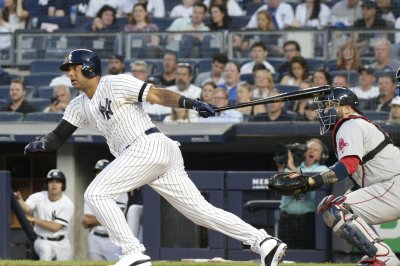 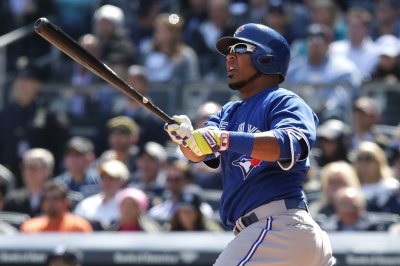 MLB // 2 years ago
Yankees close to deal with J.A. Happ
The New York Yankees are close to an agreement on a contract with free agent pitcher J.A. Happ.

James Anthony "J. A." Happ (born October 19, 1982 in Spring Valley, Illinois) is a Major League Baseball starting pitcher for the Houston Astros. He is a six-foot-six left-hander. Though his name is James Anthony and his initials are "J. A.", he pronounces his name as "Jay".

Happ was born in Spring Valley, Illinois and raised in nearby Peru, Illinois along with 2 older sisters. He attended high school at St. Bede Academy, where he was a four-year letter winner in baseball and basketball. He was named Bureau County Athlete of the Year during his senior season.

After graduating high school in 2001, Happ enrolled in Northwestern University, where he majored in history. He was named to the All-Big Ten First Team in his freshman, sophomore, and junior seasons, during which he compiled a 16–11 win–loss record, an ERA of 2.88, and a 251/90 strikeout-to-walk ratio over 228.1 innings pitched. Happ chose to forego his senior season and entered the 2004 Major League Baseball Draft, where he was selected in the third round (92nd overall) by the Philadelphia Phillies.

FULL ARTICLE AT WIKIPEDIA.ORG
This article is licensed under the GNU Free Documentation License.
It uses material from the Wikipedia article "J.A. Happ."
Back to Article
/