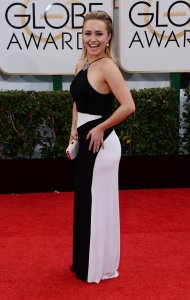 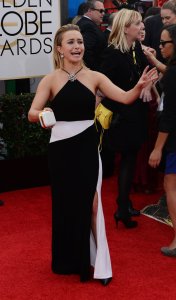 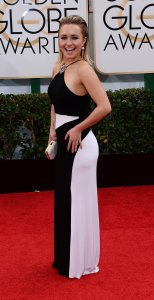 Movies // 3 months ago
Hayden Panettiere to reprise role as Kirby Reed in sixth 'Scream' movie
Hayden Panettiere, a fan favorite in the series, is set to return for the sixth installment in the "Scream" franchise.

TV // 4 years ago
Connie Britton reacts to 'Nashville' series finale: 'I am grateful'
Connie Britton said it was "wonderful" to return as Rayna James in the final episode of "Nashville."

TV // 4 years ago
'Nashville' to come to a close with Season 6
"Nashville" star Charles Esten thanked fans after CMT confirmed the show has been canceled.

TV // 5 years ago
'Nashville' renewed for Season 6
The country-music drama "Nashville" has been renewed for a 16-episode, sixth season to debut in early 2018.

Whales face increasing threats from climate change, ship strikes, entanglement in nets, and chemical and noise pollution, yet Japan, Norway and Iceland continue to kill them in increasing numbers

In this town, you tend to be able to get publicity when you're not wearing underwear or (you're) in rehab

There were people who had mixed feelings about me meeting her, whether it had to do with my performance or their fear that she would tell me not to do it or say that she wasn't OK with it

Hayden Leslie Panettiere (pronounced /ˌpænɨtiˈɛər/; born August 21, 1989) is an American actress and Grammy-nominated singer. She came to professional prominence at the age of 10 with her portrayal of Sheryl Yoast in Disney's Remember the Titans, although for five years before that, Panettiere had held roles in two soap operas. She portrayed Sarah Roberts on One Life to Live from 1994–1997, and Lizzie Spaulding on Guiding Light from 1996-2000. Panettiere reached a wider audience with her starring role as cheerleader Claire Bennet on the NBC television series Heroes.

Panettiere was born in and partly raised in Palisades, Rockland County, New York, the daughter of Lesley R. Vogel, a former soap opera actress, and Alan L. "Skip" Panettiere, a fire department lieutenant. Panettiere, whose surname means "baker" in Italian, is of Italian descent. She has one younger brother, fellow actor Jansen Panettiere.

Although Panettiere attended South Orangetown Middle School in New York, she was educated at home from the 9th grade through high school. For now, Panettiere is postponing higher education in favor of an acting career.

FULL ARTICLE AT WIKIPEDIA.ORG
This article is licensed under the GNU Free Documentation License.
It uses material from the Wikipedia article "Hayden Panettiere."