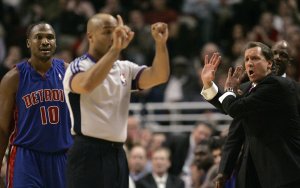 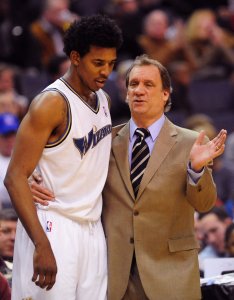 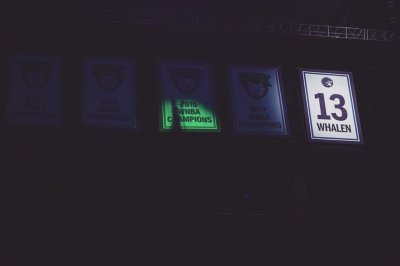 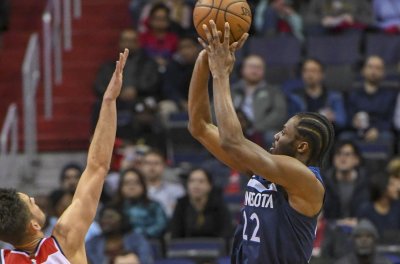 NBA // 3 years ago
Sacramento Kings bounce back with win over Minnesota Timberwolves
MINNEAPOLIS -- Since joining the Sacramento Kings in a trade from New Orleans, rookie Buddy Hield has seen a spike in his offensive numbers.

If we had to play today, I don't think he'd play

If the series goes long, we could see him at the end

Szczerbiak could play late in Kings series May 03, 2004

Our guys in the locker room are not satisfied, even though we came in here and got one and one and had opportunities down the stretch

You probably hope that I will have a lot of answers, but I probably don't

Phillip "Flip" Saunders (born February 23, 1955) is an American head coach of the Washington Wizards. He previously coached the Detroit Pistons and the Minnesota Timberwolves.

Saunders was born in Cincinnati, Ohio. He was an All-America basketball player at Cuyahoga Heights High School in suburban Cleveland. In his senior season, 1973, he was named Ohio's Class A High School Basketball Player of the Year, leading the state in scoring average with 32.0 points per game. At the University of Minnesota he started 101 of his 103 career contests and as a senior teamed with Ray Williams, Mychal Thompson, Kevin McHale (who was part of the Boston Celtics legacy of the 1980s, and more recently, was the Minnesota Timberwolves' vice president of basketball operations). Together they led the Gophers to a school-best 24–3 record.

While at Minnesota, he was a teammate and roommate of retired NFL head coach Tony Dungy.

FULL ARTICLE AT WIKIPEDIA.ORG
This article is licensed under the GNU Free Documentation License.
It uses material from the Wikipedia article "Flip Saunders."
Back to Article
/