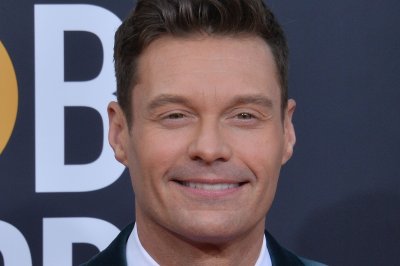 TV // 3 months ago
'Disney Family Singalong, Vol. II' to air May 10
Ryan Seacrest is set to host a second edition of the star-studded "Disney Singalong" special.

TV // 11 months ago
Karamo Brown, Christie Brinkley to compete on 'DWTS' Season 28
"The Bachelorette" alum Hannah Brown and supermodel Christie Brinkley are among the contestants confirmed for Season 28 of "Dancing with the Stars."

TV // 1 year ago
ABC courting 'bigger stars' for next season of 'Dancing with the Stars'
The next edition of "DWTS" will feature more famous contenders than the reality TV personalities, athletes and former child stars who have competed in recent seasons.

Erin Jill Andrews (born May 4, 1978) is an American sportscaster, popular among male sports fans for her beauty. In 2007 and 2008, she was voted "America's Sexiest Sportscaster" by Playboy magazine..

Andrews was born in Lewiston, Maine to Stephen and Paula Andrews. She moved to Tampa, Florida as a young girl when her father, a six-time Emmy Award-winner, began working as an investigative journalist for WFLA-TV. After attending Bloomingdale High School near Tampa, Andrews graduated in 2000 from the University of Florida with a degree in telecommunications. While there, she was a member of the Zeta Tau Alpha sorority. Andrews was also a member of the Dazzlers, the Gator basketball dance team, from 1997–2000. She also has a younger sister Kendra Andrews who is a professional dancer. Her sister appeared in the movie Step Up 3D and made an appearence on an episode of the TV show House titled After Hours.

In 2000, Andrews began work as a freelance reporter with FSN Florida. In 2001 she moved on to the Sunshine Network, serving as a Tampa Bay Lightning reporter, and in 2002 she served as a studio host and part-time reporter for Turner Sports, covering the Atlanta Braves and college football for TBS and the Atlanta Thrashers and Hawks for Turner South.

FULL ARTICLE AT WIKIPEDIA.ORG
This article is licensed under the GNU Free Documentation License.
It uses material from the Wikipedia article "Erin Andrews."
Back to Article
/