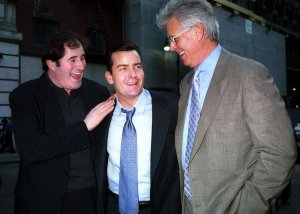 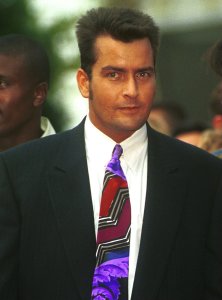 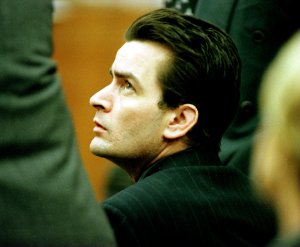 Entertainment News // 3 months ago
Conchata Ferrell from 'Two and a Half Men,' 'Mystic Pizza' dead at 77
Actress Conchata Ferrell has died following complications after a heart attack, her family said. She was 77.

Movies // 10 months ago
'Rape of 2 Coreys' premieres in LA; Charlie Sheen denies allegations
Actor and filmmaker Corey Feldman hosted the premiere of his new documentary, "(My) Truth: The Rape of Two Coreys," in Los Angeles on Monday.

My Violent Torpedo of Truth/Defeat Is Not an Optio

My Violent Torpedo of Truth/Defeat is Not an Option

I was called bipolar. You guys, I'm bi-winning right? I'm not sure what bipolar even means. It's a psychiatric opinion, which means that to me it's rooted in judgment

Carlos Irwin Estevez (born September 3, 1965), better known by his stage name Charlie Sheen, is an American film and television actor. He is the youngest son of actor Martin Sheen.

His character roles in films have included Chris Taylor in the 1986 Vietnam War drama Platoon, Jake Kesey in the 1986 film The Wraith, and Bud Fox in the 1987 film Wall Street. His career has also included more comedic films such as Major League, the Hot Shots! films, and Scary Movie 3 and Scary Movie 4. On television, Sheen is known for his roles on two sitcoms: as Charlie Crawford on Spin City and as Charlie Harper on Two and a Half Men. In 2010, Sheen was the highest paid actor on television, earning US$1.8 million per episode of Two and a Half Men.

Sheen's personal life has also made headlines, including reports about alcohol and drug abuse and marital problems as well as allegations of domestic violence. He was fired from his role on Two and a Half Men by CBS and Warner Bros. on March 7, 2011. Sheen subsequently announced a nationwide tour.

FULL ARTICLE AT WIKIPEDIA.ORG
This article is licensed under the GNU Free Documentation License.
It uses material from the Wikipedia article "Charlie Sheen."
Back to Article
/