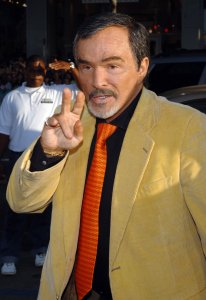 Entertainment News // 4 months ago
Loni Anderson was 'very sad' to lose 'All Night Long' to Barbra Streisand
Loni Anderson discussed losing the lead role in "All Night Long" and confirmed Princess Diana once sent her ex-husband Burt Reynolds a thank you note.

Top News // 5 months ago
The Almanac
On Feb. 11, 2016, the last four remaining armed occupiers at the Malheur National Wildlife Refuge in Oregon surrendered after a 41-day standoff. 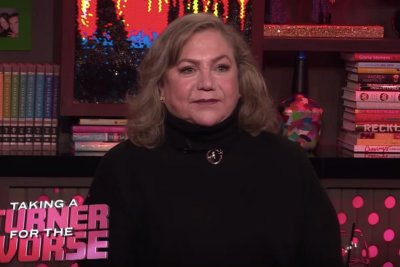 Entertainment News // 2 years ago
Bruce Dern recovering from possible hip fracture in jogging mishap
"Support Your Local Sheriff!" and "Nebraska" actor Bruce Dern has been released from a California hospital after being treated for a possible fractured hip.

Entertainment News // 2 years ago
Celebrities mourn Burt Reynolds: 'A legend and a friend'
A number of Hollywood stars, including Sally Field, Dolly Parton, Mark Wahlberg and Sylvester Stallone, have paid their respects on social media to Burt Reynolds following the film icon's death.

Entertainment News // 2 years ago
Film icon Burt Reynolds dead at 82
Hollywood legend Burt Reynolds, known for starring in hit films such as "Smokey and the Bandit" and "Deliverance," has died at the age of 82.

It is very unfortunate that our relationship has ended and I wish Ms. Seals will, but I cannot and will not, be intimidated by false accusations

Bob never has a bad word to say about anybody

Burton Leon "Burt" Reynolds, Jr. (born February 11, 1936) is an American actor. Some of his memorable roles include Bo 'Bandit' Darville in Smokey and the Bandit, Lewis Medlock in Deliverance, Bobby "Gator" McCluskey in White Lightning and sequel Gator, Paul Crewe and Coach Nate Scarborough in The Longest Yard and its 2005 remake respectively, J.J. McClure in The Cannonball Run, the voice of Charlie B. Barkin in All Dogs Go to Heaven, and Jack Horner in Boogie Nights. He is one of America's most recognizable film and television personalities with more than 90 feature film and 300 television episode credits.

Reynolds' parents were Burton Reynolds, who was of part Cherokee and part Irish ancestry, and his wife, Fern Miller. Reynolds states in his autobiography that his family was living in Lansing, Michigan, when his father was drafted into the United States Army. Reynolds, his mother and his sister joined his father at Fort Leonard Wood, where they lived for two years. When Reynolds's father was sent to Europe, the family returned to Lansing. In 1946, Reynolds moved to Jupiter, Florida, with his parents. His father, Burt Sr., later became Chief of Police of Riviera Beach. Riviera Beach is the next town north of West Palm Beach.

In his sophomore year at Palm Beach High School, Reynolds was named First Team All State and All Southern as a fullback, and received multiple scholarship offers. After graduating from Palm Beach High School in West Palm Beach, Florida, Reynolds attended Florida State University on a college football scholarship, and played halfback. While at Florida State, Reynolds became roommates with now notable college football broadcaster and analyst, Lee Corso. Reynolds hoped to be named to All-America teams and to have a career in professional football, however, in the first game of the season, Reynolds was injured and a car accident later that year worsened the injury. With his college football career ended, Reynolds considered becoming a police officer, but his father suggested that he finish college and become a parole officer. In order to keep up with his studies, he began taking classes at Palm Beach Junior College (PBJC) in neighboring Lake Park. In his first term at PBJC Reynolds was in a class taught by Watson B. Duncan III. Duncan pushed Reynolds into trying out for a play he was producing, Outward Bound. He cast Reynolds in the lead, based on his impressions from listening to Reynolds read Shakespeare in class. Reynolds won the 1956 Florida State Drama Award for his performance in Outward Bound. Reynolds calls Duncan his mentor and the most influential person in his life. While at Florida State, Reynolds became a member of the Phi Delta Theta fraternity.

FULL ARTICLE AT WIKIPEDIA.ORG
This article is licensed under the GNU Free Documentation License.
It uses material from the Wikipedia article "Burt Reynolds."
Back to Article
/