May 26 (UPI) -- The government in Afghanistan said Tuesday it will release 900 more Taliban prisoners as part of a cease-fire agreement with the militant group.

The Afghan government has so far released 1,100 prisoners in small groups but its plan to free 900 is the most it has released at one time.

The Taliban was promised as part of a peace deal signed with U.S. negotiators in February 5,000 captured fighters would be released.

The Taliban announced a cease-fire last weekend to mark the end of the Muslim month of Ramadan.

The group welcomed the release of more prisoners and promised to do the same for government fighters it has in custody. Authorities say it's only released about 100 so far.

World News // 1 hour ago
Polio vaccines return in Afghanistan, Pakistan after COVID-19 hiatus
Aug. 11 (UPI) -- Pakistan and Afghanistan have restarted Polio vaccinations after their campaigns were interrupted by the COVID-19 pandemic months ago, the United Nations Children's Fund said Tuesday.

World News // 4 hours ago
Explosions target 2 U.S. supply convoys in Iraq
Aug. 11 (UPI) -- The Pentagon said Tuesday it is investigating a pair of attacks on U.S.-supported military convoys in Iraq. 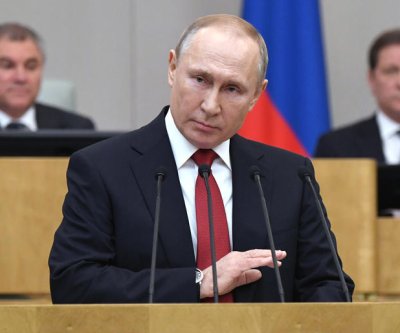