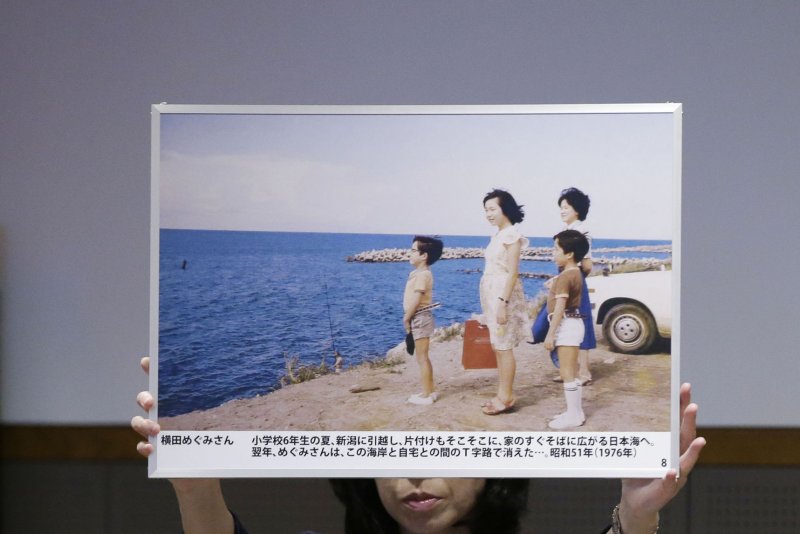 North Korea and Japan have been discussing the issue of missing Japanese citizens. At least a dozen abductees are still officially recognized by Tokyo. File Photo by John Angelillo/UPI | License Photo

Feb. 15 (UPI) -- North Korean authorities say a Japanese citizen possibly abducted to North Korea in 1978 is alive, according to a Japanese press report.

Kyodo News reported Friday Pyongyang officials have informed Japanese counterparts that Minoru Tanaka, who was 28 when he disappeared, did enter North Korea after he went missing decades ago.

The Japanese government has learned Tanaka is living in the North, with his wife and children, according to the report; Kyodo did not identify the nationality of Tanaka's spouse.

Tanaka was a restaurant worker when he left Japan in 1978 from Tokyo's Narita Airport. After leaving the country, Tanaka disappeared and his relatives were unable to reach him. He was not recognized as an abduction victim until 2005.

Kaneda is being identified as an ethnic Korean resident of Japan, who was 26 at the time of his disappearance. The man also has a wife and children in the North, the report states.

Kaneda is not included in Japan's official list of Japanese abductees, and it is unclear whether his status is not being recognized owing to citizenship. Members of Japan's ethnic Korean minority, descendants of immigrants who arrived in Japan before 1945, often opt for North or South Korean citizenship, despite their long-term residency status in Japan.

The report comes at a time when Japan faces difficult issues with both Koreas.

The two officials agreed to exchange views on the upcoming U.S.-North Korea summit despite the challenges, which include differences over compensation for forced laborers, according to Yonhap on Friday.