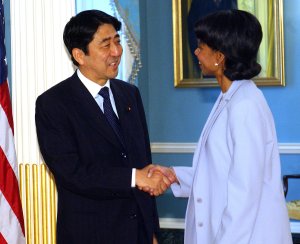 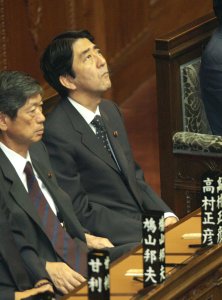 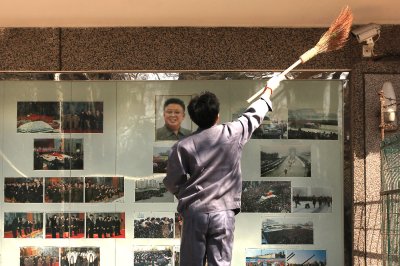 World News // 3 weeks ago
Report: Japan's Shinzo Abe under pressure for China summit
Opposition is growing in Japan against Chinese President Xi Jinping, who is expected to hold a rare summit with Prime Minister Shinzo Abe in the spring.

World News // 1 month ago
Report: Japan's LDP discussed targeting enemy bases
Japan could be considering an attack weapon that can hit enemy bases in the event of war, according to a local press report.

World News // 1 month ago
Japan proposes ending memorial for victims of 2011 earthquake
The Japanese government will end its annual national remembrance ceremony to honor those who died after the major earthquake and tsunami in 2011, a top official indicated Tuesday.

World News // 1 month ago
Japan's military to deploy maritime force to Middle East
Japan's defense minister ordered the deployment of a naval destroyer and two P-3C patrol planes to the Middle East, along with 260 troops of Tokyo's maritime self-defense force.

World News // 1 month ago
North Korea defends 'peaceful' satellite launches, report says
North Korea is determined to press forward with space development "regardless of any opposition," according to a South Korean press report.

World News // 1 month ago
Japan hangs Chinese man who killed family in 2003
Japan executed a Chinese death row inmate by hanging Thursday for the murders of a family of four committed during a 2003 burglary -- carrying out its first death sentence in four months.

We tried our best and felt we made some progress, so the results are extremely disappointing

I would like to make every possible effort to restore lifelines such as roads, gas and water, because the victims are in a tough situation

I would like to make every possible effort to restore lifelines such as roads, gas and water, because the victims are in a tough situation

If the United States, our ally, is seriously damaged by a ballistic missile, undoubtedly that would have a significant impact on our country's own defense

To begin with, North Korea's refusal to take the steps was ridiculous

Shinzō Abe (安倍 晋三, Abe Shinzō?,  ( listen); born 21 September 1954) was the 90th Prime Minister of Japan, elected by a special session of the National Diet on 26 September 2006. He was Japan's youngest post–World War II prime minister and the first born after the war. Abe served as prime minister for nearly twelve months, before resigning on 12 September 2007. He was replaced by Yasuo Fukuda, beginning a string of Prime Ministers who could not keep the office for more than one year.

Abe was born in Nagato and soon moved to Tokyo. He attended Seikei elementary school and Fuku Yu high school. He studied political science at Seikei University, graduating in 1977. He later moved to the United States and studied "English for foreign students" and political science at the University of Southern California. In April 1979, Abe began working for Kobe Steel. He left the company in 1982 and pursued a number of governmental positions including executive assistant to the Minister for Foreign Affairs, private secretary to the chairperson of the LDP General Council, and private secretary to the LDP secretary-general.

Abe was born into a political family of significance. His grandfather, Kan Abe, and father, Shintaro Abe, were both politicians. Abe's mother, Yoko Kishi, is the daughter of Nobusuke Kishi, prime minister of Japan from 1957 to 1960. Kishi had been a member of the Tōjō Cabinet during the Second World War. Since GHQ's policy changed and became more anti-communist, Kishi was released from Sugamo Prison, and later established the Japan Democratic Party. In 1950 Shigeru Yoshida's Liberal Party and Kishi's Democratic Party merged as an anti-leftist coalition and became the Liberal Democratic Party of today.

FULL ARTICLE AT WIKIPEDIA.ORG
This article is licensed under the GNU Free Documentation License.
It uses material from the Wikipedia article "Shinzo Abe."
Back to Article
/