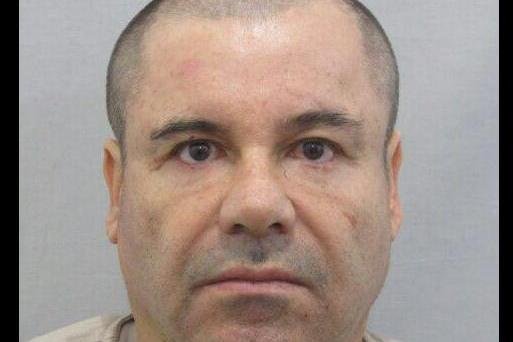 "Mission complete: We got him. I would like to inform the people of Mexico that Joaquin Guzman has been detained," Peña Nieto wrote on Twitter in Spanish.

"My appreciation to the Security Cabinet of the Government of the Republic for this important achievement for the rule of law in Mexico," he added.

RELATED Trailer released for 'El Chapo' film: 'Chapo: The Escape of the Century'

Guzman escaped from the maximum-security Altiplano Federal Prison in the town of Almoloya de Juaraz of the state of Mexico July 12. He got out through a mile-long tunnel in a bathroom area, which could have taken a year to build.

In the days after his escape, Mexican authorities deployed nearly 10,000 police officers and 48 search dogs to track down Guzman. The government offered a nearly $3.8 million reward for information leading to his capture.

In September it was suspected the drug lord and his family traveled to Costa Rica after his son posted a picture on Twitter seemingly tagging their location there.

He wasn't found there, though, and in October, Mexican special forces tracked him to a mountainous region in Sinaloa state. During the confrontation, Guzman reportedly fell from a cliff and broke his leg and injured his face. His bodyguards recovered him and they escaped into a dense forest.

The search for Guzman has been a deadly one -- two Mexican marines were killed in December during patrolling activities in Sinaloa state, where they believed him to be hiding. Earlier in the month, officials stopped all traffic and in out of his hometown of La Tuna, where his brother has a ranch.

Six people have been arrested for allegedly helping Guzman plan the prison break, including his brother-in-law, the apparent mastermind.

"El Chapo" -- meaning "The Short One" or "Shorty" -- so dubbed because of his 5-foot-6-inch frame, was captured in Guatemala in 1993 and then extradited to Mexico to face murder and drug-trafficking charges. He escaped from prison in 2001 by hiding in a laundry cart after bribing prison guards, and was recaptured in February 2014.

World News // 14 hours ago
Denmark, Britain head surge of COVID-19 Omicron variant from South Africa
Dec. 5 (UPI) -- Twelve days after the first COVID-19 Omicron case was reported in South Africa, the variant has spread to around 42 countries but no fatalities with Britain and Denmark hotspots.