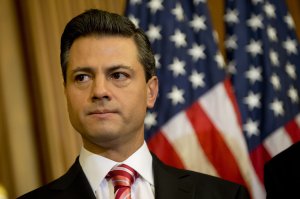 World News // 1 year ago
'Express deportations' surge on Mexico's southern border
Government statistics show that Mexico's deportations of migrants from Central America, Cuba and Haiti surged in April, adding to their despair as they wait for days to obtain immigration documents. 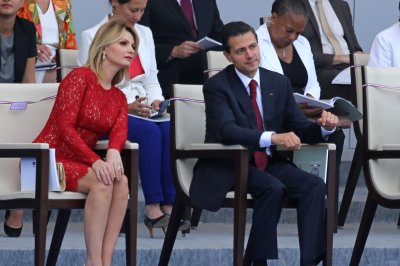 U.S. News // 1 year ago
'You don't have to give in to the El Chapo myth': Defense closes questioning witness credibility
The defense for accused Mexican drug lord Joaquin "El Chapo" Guzman rested Thursday, telling the jurors they've been fed a "scripted event" by the prosecution.

Enrique Peña Nieto (born 20 July 1966) is the 57th President of Mexico. His six-year term began in 2012. A member of the Institutional Revolutionary Party (PRI), he served as governor of the State of Mexico from 2005 to 2011. Peña Nieto was declared "president-elect" after the 2012 general election was declared valid by the Federal Electoral Tribunal, amidst accusations of electoral fraud. He took office on 1 December 2012, succeeding Felipe Calderón.

FULL ARTICLE AT WIKIPEDIA.ORG
This article is licensed under the GNU Free Documentation License.
It uses material from the Wikipedia article "Enrique Peña Nieto."
Back to Article
/