Democratic candidates have until midnight to qualify for 1st debates 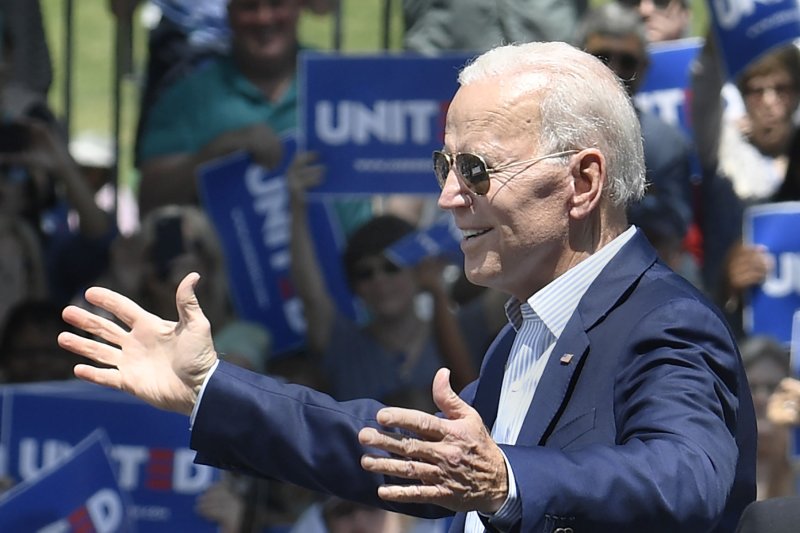 June 12 (UPI) -- Democratic presidential candidates have until midnight Wednesday to qualify for the first primary debates in Miami next month, and it appears all 20 have secured spots on stage.

To qualify, candidates must have received donations from 65,000 unique donors in at least 20 states, or have 1 percent support in three sanctioned polls. Former Vice President Joe Biden, 2016 Democratic nominee runner-up Sen. Bernie Sanders and Sen. Elizabeth Warren lead a group of 14 candidates who've qualified in both measures and six have qualified in polling. The Democratic Party has said only 20 candidates will participate in two nights of debates on June 26 and 27. They will be televised on NBC, MSNBC and Telemundo.

The deadline to qualify is midnight Wednesday, after which the party will issue a list of certified participants. Other candidates who could still qualify are Montana Gov. Steve Bullock; former Alaska Sen. Mike Gravel; Miramar, Fla. Mayor Wayne Messam and Massachusetts Rep. Seth Moulton.

After Miami, candidates will need to meet both requirements to qualify for future debates.

The party said the candidates will be positioned on stage next month according to a random draw, set for Friday. The goal is to avoid the upper-tier and lower-tier debates that plagued Republicans early in the 2016 campaign.

Some candidates have complained about the fundraising criteria, with Gillibrand calling the 65,000 donor rule "random."

DNC chair Tom Perez said small-donation fundraising will be critical in the election and a valid measure of a candidate's strength.

U.S. News // 13 hours ago
U.S. markets fall amid continued volatility, mixed quarterly earnings reports
Jan. 27 (UPI) -- U.S. markets closed the day with losses after posting gains earlier in the session with all three major indexes down for the week.