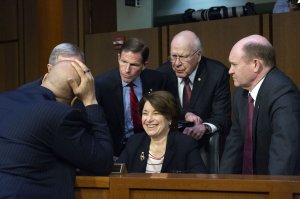 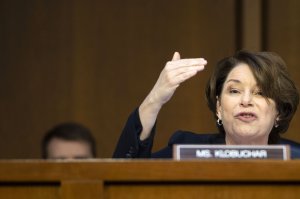 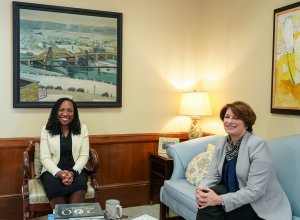 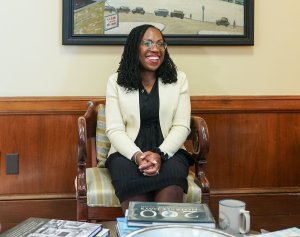 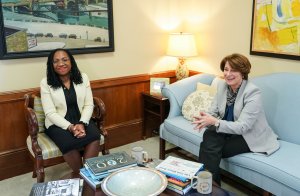 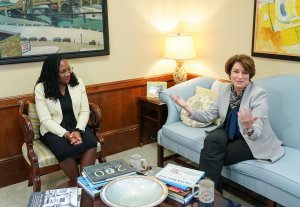 U.S. News // 1 week ago
Senate votes against codifying Roe vs. Wade in federal law
The Senate on Wednesday voted against a largely symbolic proposal to safeguard legalized abortion nationwide by enshrining the practice in federal law.

World News // 2 weeks ago
Pelosi leads delegation to Ukraine, meets with Zelensky
House Speaker Nancy Pelosi led the first official delegation of lawmakers to Ukraine on Saturday and became the most senior United States official to meet with President Volodymyr Zelensky since the war began.

U.S. News // 1 month ago
Rep. McCarthy leads bipartisan lawmakers to Poland to discuss Ukraine
House Minority Leader Kevin McCarthy, R-Calif., has led a bipartisan group of lawmakers to Warsaw to meet with the prime minister of Poland and officials from Ukraine to discuss the ongoing war.

U.S. News // 3 months ago
Poll: 84% of app developers support antitrust bill to limit Apple, Google
Eighty-four percent of app developers back a bipartisan Senate bill that would block Apple and Google from favoring their own in-house apps, according to a consulting firm's new poll.

World News // 3 months ago
Bipartisan U.S. Senate delegation meets with Ukraine leaders in Kyiv
A bipartisan group of seven U.S. senators met with Ukrainian President Volodymyr Zelensky in Kyiv Monday in a show of support for the country against possible Russian military aggression.

That's why the Democratic women of the Senate say to the women of this country, we need Barack Obama and Joe Biden in the White House

Formerly county attorney of Hennepin County, Klobuchar was the chief prosecutor for the most populous county in Minnesota. She was a legal adviser to former U.S. Vice President Walter Mondale and partner in two prominent law firms. She has been cited by the New York Times as one of the seventeen women most likely to become the first female President of the United States and by MSNBC as a possible nominee to the U.S. Supreme Court.

Klobuchar served as Minnesota's only senator between January 3, 2009 and July 7, 2009, due to the contested results of Minnesota's senatorial election held the previous year.

FULL ARTICLE AT WIKIPEDIA.ORG
This article is licensed under the GNU Free Documentation License.
It uses material from the Wikipedia article "Amy Klobuchar."