U.S. News // 1 month ago
Michelle Obama at DNC: Trump is 'wrong president' for U.S.
A list of prominent Democrats called for new leadership Monday night to address a multitude of issues in the United States on the first night of the 2020 Democratic National Convention.

U.S. News // 1 month ago
Senate group details plan for college athletes' 'bill of rights'
Student-athletes at colleges and universities nationwide would be covered by a "bill of rights" that guarantees compensation and other benefits under a proposal outlined Thursday by a group of Democratic senators.

We need policies that bring us together, that take on the greed of Wall Street, the greed of corporate America

Sanders says he can win over Trump supporters by channeling 'legitimate' anger Dec 27, 2015

Experience is important, but it is not the only thing

Raids are not the answer. We cannot continue to employ inhumane tactics involving rounding up and deporting tens of thousands of immigrant families to address a crisis that requires compassion and humane solutions

At a time when millions of Americans cannot afford to purchase the prescription drugs they require, we need a leader at the FDA who is prepared to stand up to the drug companies 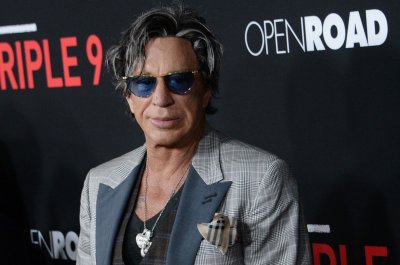 Bernie Sanders on the campaign trail

Sanders is a self-described democratic socialist, and has praised European social democracy. He is the first person elected to the U.S. Senate to identify as a socialist. Sanders caucuses with the Democratic Party and is counted as a Democrat for the purposes of committee assignments, but because he does not belong to a formal political party, he appears as an independent on the ballot. He was also the only independent member of the House during much of his service there.

Sanders, the son of Jewish Polish immigrants to the United States, was born in Brooklyn, New York. He graduated from James Madison High School in Brooklyn and later attended the University of Chicago, graduating with a B.A. in political science in 1964. After graduating from college, Sanders spent time on an Israeli kibbutz, an experience which shaped his political views. In 1964, Sanders moved to Vermont, where he worked as a carpenter, filmmaker, writer and researcher, among other jobs.

FULL ARTICLE AT WIKIPEDIA.ORG
This article is licensed under the GNU Free Documentation License.
It uses material from the Wikipedia article "Bernie Sanders."
Back to Article
/