"We will never stop until we avenge the death of all who are killed, injured, widowed and orphaned in Palestine and throughout the Islamic world," said al-Zawahiri.

He said Obama has partnered with Mubarak, whom he calls a traitor to Islam.

"What you are facing today is just occupation and settlement that is limited to one area or one country, but is part of a series in the crusaders war against Islam," al-Zawahiri said. "These airstrikes are a gift from Obama before he takes office, and from Hosni Mubarak, the traitor who is the primary partner in your siege and murder."

Al-Zawahiri called on Palestinians to "be strong and persist in the way of Jihad," ABC said.

"We are at work to carry out the promise of our fighting sheik Osama bin Laden (may Allah protect him) who promised that America will not live in peace in their dreams before we live in peace in Palestine, and until all the forces of the infidels leave the lands of Mohammad," he said. 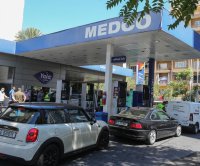 World News // 9 minutes ago
Shortages increase suffering of Lebanon's exhausted population
BEIRUT, Lebanon, Aug. 2 (UPI) -- A "typical" day in Lebanon now starts with finding an open gas station, hunting for medications or baby milk, struggling with power cuts and praying against getting sick -- or simply to survive the day. 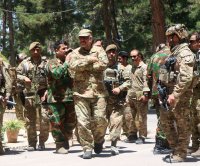 World News // 10 hours ago
Taliban threatening capture of Afghanistan provincial capital
Aug. 1 (UPI) -- The Taliban made advances on the key provincial capital of Lashkar Gah on Sunday, escalating its push to claim major cities in the midst of U.S. withdrawal from the country.

U.S. News // 13 hours ago
COVID-19: Fauci warns 'things are going to get worse' amid Delta surge
Aug. 1 (UPI) -- Dr. Anthony Fauci on Sunday warned that COVID-19 infections "are going to get worse" as the Delta variant continues to spread rapidly, particularly among unvaccinated people, causing hospitalizations to rise.
Advertisement