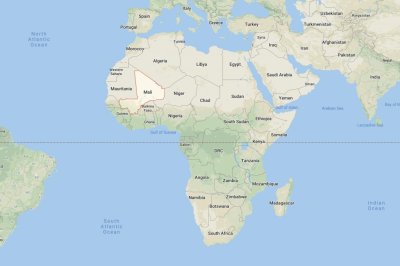 Voices // 3 years ago
As Islamic State reels, al-Qaida returns with another bin Laden
As the Americans and more recently the Rus­sians worked to crush the Islamic State in Syria and Iraq, they also have had to face an older enemy: al-Qaida. 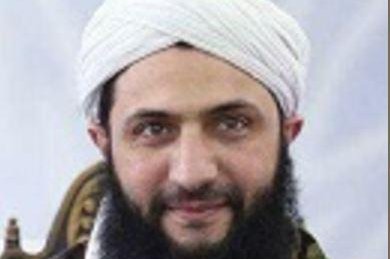 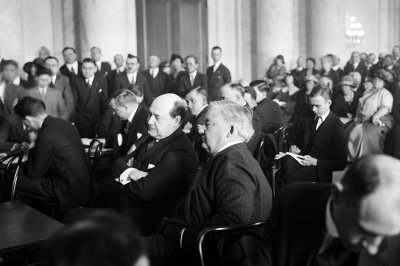 Top News // 3 years ago
The Almanac
On April 7, 1922, petroleum reserves in Wyoming were leased without competitive bidding to private companies, resulting in the Teapot Dome scandal.

Voices // 4 years ago
U.S. turns up the heat on Islamic State, al-Qaida
A sharp escalation in the United States' largely covert military campaign to cripple the Islamic State has taken a withering toll on the group.

His bloody messages were received and they are still coming and they will not be obstructed either by the public relations campaigns, the shenanigan visits or the articulate words

We will never stop until we avenge the death of all who are killed, injured, widowed and orphaned in Palestine and throughout the Islamic world

What you are facing today is just occupation and settlement that is limited to one area or one country, but is part of a series in the crusaders war against Islam

The bearer of this message is one of our trusted brothers, therefore, please give him your donations to help hundreds of families of captives and martyrs in Pakistan and Afghanistan

No matter how much the gigantic propaganda machine in America tries to deceive the people, the reality is stronger and worse than all the deceptions

Ayman Mohammed Rabie al-Zawahiri (Arabic: أيمن محمد ربيع الظواهري‎  ʾAyman Muḥammad Rabīʿ aẓ-Ẓawāhirī, detailed transliteration: Åỉmɑn Mʋhɑm̑ɑd Rɑbio alƵ̑ɑuaeɩri ; born June 19, 1951) is an Egyptian physician and current leader of al-Qaeda. He was previously the second and last "emir" of the Egyptian Islamic Jihad, having succeeded Abbud al-Zumar in the latter role when Egyptian authorities sentenced al-Zumar to life imprisonment. His wife and three of his six children were killed in an air strike on Afghanistan by US forces in late 2001, following the September 11 attacks on the USA. As of May 2, 2011, he became the leader of al-Qaeda following the death of Osama bin Laden. This was confirmed by a press release from al-Qaeda's general command on June 16. After the 9/11 attacks the U.S. State Department offered a US$25 million reward for information leading to al-Zawahiri's apprehension.

Al-Zawahiri is reportedly a qualified surgeon; when his organization merged with bin Laden's al-Qaeda, he became bin Laden's personal advisor and physician. He had first met bin Laden in Jeddah in 1986. al-Zawahiri has shown a radical understanding of Islamic theology and Islamic history. He speaks Arabic, English and French. He is under worldwide sanctions by the United Nations Security Council 1267 Committee as a member or affiliate of al-Qaeda.

In 1998, al-Zawahiri formally merged the Egyptian Islamic Jihad into al-Qaeda. According to reports by a former al-Qaeda member, he has worked in the al-Qaeda organization since its inception and was a senior member of the group's shura council. He was often described as a "lieutenant" to Osama bin Laden, though bin Laden's chosen biographer has referred to him as the "real brains" of al-Qaeda. On June 16, 2011, al-Qaeda announced that al-Zawahiri had been selected as bin Laden's successor as al-Qaeda's former leader had been killed in a US operation on May 2, 2011.

FULL ARTICLE AT WIKIPEDIA.ORG
This article is licensed under the GNU Free Documentation License.
It uses material from the Wikipedia article "Ayman al-Zawahiri."
Back to Article
/