A spokesman for the Saudi Interior Ministry said in a statement Tuesday that the suspects were collecting money "to finance their criminal activities" by soliciting donations for the needy in Afghanistan and Pakistan as a front, the Arab News said.

One of the suspects supposedly had an audio recording in his cell phone from al-Qaida leader Ayman al-Zawahiri that said "The bearer of this message is one of our trusted brothers, therefore, please give him your donations to help hundreds of families of captives and martyrs in Pakistan and Afghanistan."

The spokesman said the suspects were recruiting men to send on missions intended to harm Saudi Arabia's national security interests.

Saudi authorities arrested 28 people in December believed to be plotting attacks on Mecca and Medina during the hajj pilgrimage.

World News // 10 hours ago
Japan's COVID-19 cases rise 87% during first week of Olymics
Aug. 1 (UPI) -- Halfway through the Summer Olympics in Japan, coronavirus cases are surging in the nation during a state of emergency though the outbreak is nowhere near as severe as other places in the world.

U.S. News // 7 hours ago
Kinzinger: Jan. 6 committee to issue 'a significant number of subpoenas'
Aug. 1 (UPI) -- Rep. Adam Kinzinger said he expects the select committee investigating the Jan. 6 riot at the Capitol to issue many subpoenas including against House Republican leader Kevin McCarthy and others who spoke to Donald Trump.

World News // 8 hours ago
Taliban threatening capture of Afghanistan provincial capital
Aug. 1 (UPI) -- The Taliban made advances on the key provincial capital of Lashkar Gah on Sunday, escalating its push to claim major cities in the midst of U.S. withdrawal from the country.

U.S. News // 10 hours ago
Severe storms to kick off August for Northeast
Aug. 1 (UPI) -- Cooler and less humid conditions are settling in across the Northeast but more storms are on the way to the region before the weekend is over. 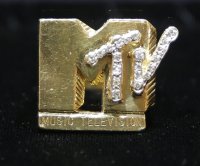