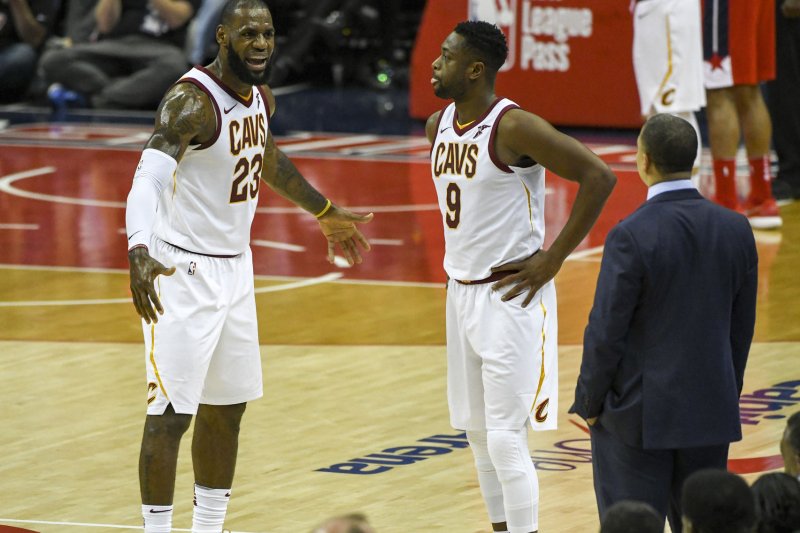 March 19 (UPI) -- Cleveland Cavaliers coach Tyronn Lue has decided to "step back from coaching" the team due to health issues.

The Cavaliers released two statements, one from Lue and one from general manager Koby Altman, on Monday afternoon, revealing the move.

"After many conversations with our doctors and Koby and much thought given to what is best for the team and my health, I need to step back from coaching for the time being and focus on trying to establish a stronger and healthier foundation from which to coach for the rest of the season," Lue said.

"I have had chest pains and other troubling symptoms, compounded by a loss of sleep, throughout the year. Despite a battery of tests, there have been no conclusions as to what the exact issue is. While I have tried to work through it, the last thing I want is for it to affect the team. I am going to use this time to focus on a prescribed routine and medication, which has previously been difficult to start in the midst of a season. My goal is to come out of it a stronger and healthier version of myself so I can continue to lead this team to the championship we are all working toward.

"I greatly appreciate Dan Gilbert, Koby Altman, our medical team and the organization's support throughout."

Lue, 40, took over as the Cavaliers' head coach in the middle of the 2015-16 season, stepping in for fired coach David Blatt. He led the franchise to a 27-14 record and its first NBA title.

"We know how difficult these circumstances are for Coach Lue and we support him totally in this focused approach to addressing his health issues," Altman said in his statement.

Cavaliers star LeBron James spoke to reporters Monday about Lue's decision to step away. James has had five head coaches during his 11-year tenure with the Cavaliers.

"I think it's probably well overdue," James told reporters. "Understanding what he has been going through throughout the season. So obviously health is the most important with everything in life. So I'm not surprised by it at all.

"I knew he was struggling, but he was never not himself. He was just dealing with it the best way he could."

How would Coach Lue rank some of those big time buckets down the stretch?#CavsNets || #CavsCNY pic.twitter.com/DAc1q9K1Jz

The Cavaliers host the Milwaukee Bucks at 7 p.m. Monday at Quicken Loans Arena in Cleveland. Cleveland sits at third place in the Eastern Conference with a 40-29 record.