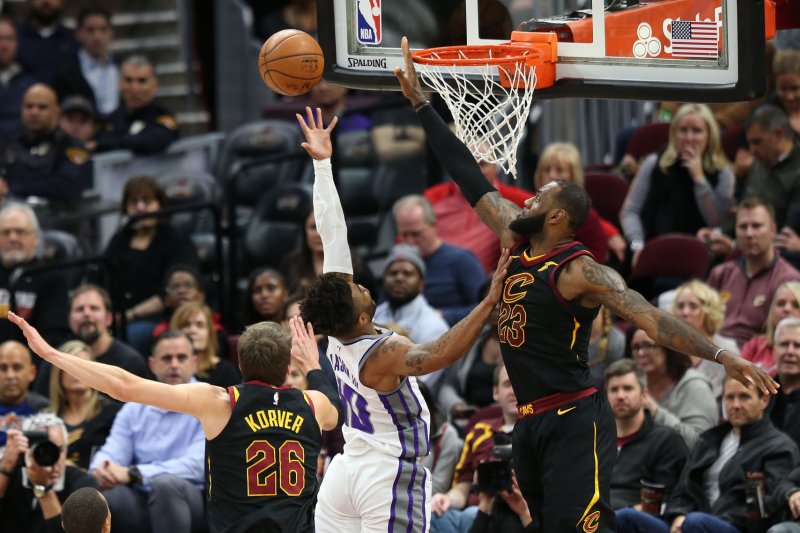 But the now-completed road trip for the Cavs was so long and so, well, strange that no one could possibly know what to expect against the Bucks.

Who's going to play? Who's going to coach? Both are fair questions after the Cavs lost three players (Cedi Osman, Rodney Hood and Larry Nance Jr.) to injuries during the trip, a fourth player (Kyle Korver) to a family emergency, and coach Tyronn Lue missed the second half of Saturday's win over Chicago because of an illness.

It's the same illness that has knocked Lue out of one full game and the half of another game earlier this season.

The Cavs finished their trip with a 3-3 record and came home still in third place in the East, which is where they were when they left.

"I just want to get healthy," said LeBron James, who posted a triple-double Saturday and is averaging one since Feb. 7. "Just unfamiliar territory for a lot of guys going in and out of the lineup, having six guys out. We had eight or nine active [Saturday night]. To have the longest road trip of the season, for us to go 3-3 throughout everything as far as the injuries and available guys, I think it was a good trip for us."

The Bucks also won Saturday (they beat the Atlanta Hawks) and are in seventh in the East. Milwaukee has scored at least 120 points in three of the last four games and Giannis Antetokounmpo has posted consecutive games of at least 30 points and 10 rebounds.

The Bucks have won three of four, but all four of those games were against teams with losing records.

"We're not going to give dare shots to Cleveland," Antetokounmpo said, according to the Milwaukee Journal-Sentinel. "Just got to do a good job coming in playing the basketball we know because at the end of the day we've got to play great basketball from now until the playoffs so we can beat good teams in the playoffs."

The Cavs signed Okaro White to a 10-day contract. White, 25, played in six games for the Heat this season and 41 for Miami in the last two.

The Cavs didn't sign White because of the plethora of injuries. Rather, they were required by league rule to fill one of their two vacancies Sunday.

However, according to a report by Cleveland.com, White has a chance to land a real contract from the Cavs.

In addition to the players mentioned above, the Cavs are also missing Kevin Love and Tristan Thompson to injuries. Both could be back this week.

"I feel great personally," James said. "I'm having a heck of a time playing the game right now no matter who's in the lineup for us. We're not winning as much as we would like, but we're still figuring out ways to get wins, which is very tough in this league. We already know that. But the joy of the game is very high for me right now."