Netflix to release new movie every week in 2021

The company shared a highlight reel Tuesday featuring clips from The Harder They Fall, Thunder Force, The Kissing Booth 3 and other upcoming projects.

"2021 = a new movie EVERY WEEK on Netflix. Here's a sneak peek at 27 of the biggest, brightest, fastest, funniest, feel-good, feel-everything films and stars coming to Netflix this year," Netflix tweeted.

Projects include Red Notice, starring Johnson, Reynolds and Gal Gadot, The Harder They Fall with Regina King, Idris Elba and Jonathan Majors, The Woman in the Window, starring Adams, and Don't Look Up with Jennifer Lawrence, Leonardo DiCaprio and Ariana Grande.

Netflix's current slate of 2021 originals features 70 titles, 52 of which are English live-action, eight of which are animated and 10 of which are non-English language films, according to The Hollywood Reporter.

Netflix has seen an increase in subscribers during the COVID-19 pandemic.

In other streaming news, Roku has acquired and will start streaming the Quibi content library. Quibi, a short-form streaming service, shut down in December launching in April.

Winter reading: 10 books being adapted for film, TV Nicole Kidman, Javier Bardem in talks to play Lucille Ball, Desi Arnaz in new film Rashida Jones: Bill Murray 'got us busted' on 'On the Rocks' set What to watch next: Sign up for UPI's Streaming newsletter 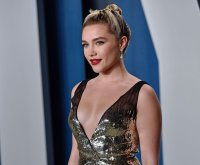