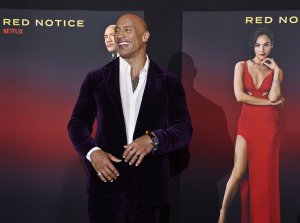 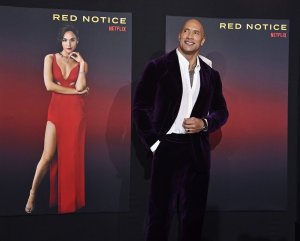 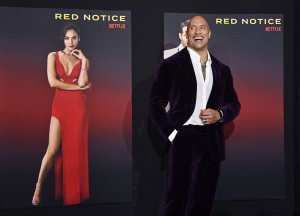 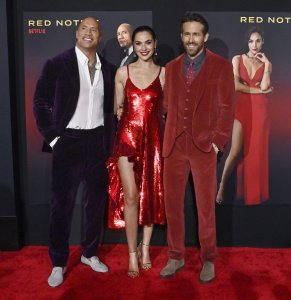 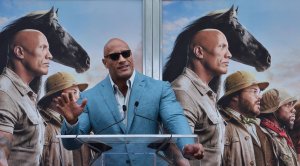 Entertainment News // 2 weeks ago
Dwayne Johnson, Michelle Yeoh and more selected for Gold House's A100 list
Dwayne Johnson, Michelle Yeoh, Olivia Rodrigo and many more are among the honorees selected for Gold House's 2022 A100 list, which celebrates Asians and Pacific Islanders who have significantly impacted culture and socie

Movies // 2 months ago
'The Flash,' 'Aquaman 2' move to 2023, 'Shazam 2' moves to Christmas
Warner Bros. has announced multiple changes to its film release schedule with projects such as "The Flash" and "Aquaman and the Lost Kingdom" being moved to 2023.

Movies // 4 months ago
Dwayne Johnson says there's 'no chance' he will return for more 'Fast & Furious'
"Jungle Cruise" and "Red Notice" star Dwayne Johnson is maintaining his vow to never appear in another "Fast & Furious" movie with Vin Diesel.

Dwayne Douglas Johnson (born May 2, 1972), also known by his ring name The Rock, is an American actor, professional wrestler and philanthropist currently signed with WWE, primarily featured on its Raw brand. He is often credited as Dwayne "The Rock" Johnson.

Johnson was a college football player. In 1991, he was part of the University of Miami's national championship team. He later played for the Calgary Stampeders in the Canadian Football League, and was cut two months into the 1995 season. This led to his decision to become a professional wrestler like his grandfather, Peter Maivia, and his father, Rocky Johnson. He gained mainstream fame as a wrestler in World Wrestling Entertainment (WWE), originally known as the World Wrestling Federation (WWF), from 1996 to 2004, and was the first third-generation superstar in the company's history. Johnson was quickly given a push as a heroic character in the WWF, originally billed as "Rocky Maivia", and then as "The Rock". He would subsequently turn into a villain as a member of the Nation of Domination in 1997. Two years after he joined the WWF, Johnson won the WWF Championship, and became one of the most popular wrestlers within the company's history for his engaging interviews and promos.

Johnson won a total of 16 championships in WWF/E. This included nine World Heavyweight Championships (the WWF/E Championship seven times and the WCW/World Championship twice), two WWF Intercontinental Championships, and five times as co-holder of the WWF Tag Team Championships. He was the sixth WWF/E Triple Crown Champion, and the winner of the 2000 Royal Rumble.

FULL ARTICLE AT WIKIPEDIA.ORG
This article is licensed under the GNU Free Documentation License.
It uses material from the Wikipedia article "Dwayne Johnson."