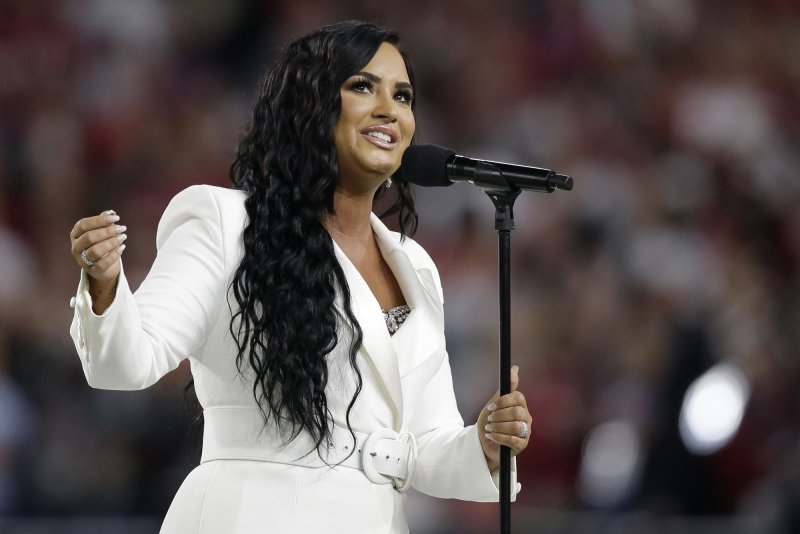 Eva Longoria and other stars appear in "A Celebration of the Music of Coco," a new special coming to Disney+. File Photo by Christine Chew/UPI | License Photo

March 19 (UPI) -- Disney+ subscribers can watch a Coco concert special and the Disney Channel series Sonny with a Chance and Fish Hooks in April.

The streaming service released a list of the movies, TV shows, documentaries and specials coming and going next month.

Sonny with a Chance is a sitcom that had a two-season run on the Disney Channel from 2009 to 2011, and a one-season spinoff titled So Random!. The first two seasons star Demi Lovato as Sonny Munroe, a teenage actress who stars on the sketch comedy series So Random!

Fish Hooks is an animated series that aired for three seasons on the Disney Channel from 2010 to 2014. The show features the voices of Kyle Massey, Justin Roiland and Chelsea Kane as Milo, Oscar and Bea, three fish living in an aquarium in a pet store.

A Celebration of the Music of Coco is a new special that gives an inside look at the production of Coco: A Live-to-Film Concert Experience, an event that took place at the Hollywood Bowl in Los Angeles in November. The event featured performances from the cast of Coco, including Benjamin Bratt and Jaime Camil, and appearances by Eva Longoria, Miguel and other stars.

Here's the full list of what's coming to Disney+ in April:

A Tale of Two Critters

How to Play Football

Sonny with a Chance Seasons 1-3

Life on the Edge: "Penguins Behind the Scenes" Premiere (Disney+ Original)

A Celebration of the Music from Coco Premiere (Disney+ Original)

Be Our Chef: "Hidden Within" (Disney+ Original)

Just Roll with It Season 1

Secrets of the Zoo: Tampa Season 1

Be Our Chef: "Beyond the Reef" (Disney+ Original)

Disney+ will also release a curated collection of documentaries, series and films from Disneynature and National Geographic in April in celebration of Earth Month.

Here's the full list of titles in the Earth Month Collection:

Planet of the Birds

Kingdom of the White Wolf

Giants of the Deep Blue

Kingdom of the Blue Whale

Into the Grand Canyon